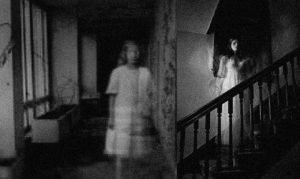 Ghost is the term that is most commonly associated with the soul or spirit of a deceased person or animal. The ghosts can manifest themselves as an invisible presence, translucent appearance, or barely visible wispy shape.

Other encounters with ghosts have been said to have had realistic almost lifelike representations. One interesting fact about the history of ghosts is that they’ve been present in nearly every known culture in some form. They are certain differences between the different cultures, but many underlying factors are the same.

The belief in manifestations of the spirits of the deceased predates even literate societies. Animism, a religious view that natural objects possess a spiritual essence (even inanimate objects), is an early case of the belief in a spirit and is associated with the belief in ghosts.

Another pre-literate concept is the practice of ancestor worship. The idea behind ancestor worship is that those deceased members of a lineage have some form of continued existence and are possibly able to affect the lives of the living.

Many of the religious practices of modern times were influenced by these concepts in attempts to appease the dead spirits. Funeral rites, exorcisms, ritual magic, and spiritualism have all been influenced by the idea that the soul exists after death and certain rituals must be performed to ensure peace.

The notion of ghosts seems to be universal throughout the world. The reasons for the soul remaining in some form are different, but the idea is basically the same: something is keeping the spirit in the plane.

Funeral rites, death rituals, and proper burials are all intended to resolve any issues the spirit has, but those alone may not be enough. Some ghosts are said to remain as product of a tragic event where the person died suddenly with unresolved issues.

Though there’s no scientific proof for this, it would explain the association of some ghosts with war times. “White ladies” were the product of this situation. A common theme for their death was said to be that they had lost or been betrayed by a husband or fiancé.

Other deaths weren’t the result of a tragic or sudden event, but the ghosts have unresolved business, perhaps with a family member or acquaintance. In many traditional accounts, ghosts were thought to be those looking for vengeance or imprisoned on earth for their own misdeeds during life.

The places where ghosts are known to be seen are often called haunted. Most often these spirits are deceased who were formerly associated with the property; whether they had family there, were former residents themselves, or some other form of attachment to the location.

Extremely tragic events such as murder, accidental death, or suicide may also be responsible for the spirits of the death being in a location. Ghosts have also been said to haunt locations such as ships, historical war sights, and especially graveyards. Many historical houses have garnered attention for supposedly being haunted.

They have become the attraction of “ghost hunters” and others interested in ghosts or spirits. This has also prompted false ghost stories in some places that have an interesting history that is easy to spin tales around. The stories are made to attract tourism, but many of them have prompted a serious inquiry into the possibility of ghosts.

References to ghosts and spirituality extend through nearly every known culture. Ancient Egyptians mentioned ghosts in many of the early religions of the regions. According to them, ghosts were created at the time of death.

The ghosts would inherit the memory and personality of the deceased person they spawned from. After this, they travel to the netherworld and exist in much the same way that the living do. To ease their transition into this new state, relatives were responsible for leaving food and drink offerings.

If a family decided not to make these offerings, the ghost could inflict illness or other forms of misfortune on them and ghosts were often blamed for instances of illness. Their system of beliefs changed over time with regards to the afterlife and what it entailed, but there was a constant belief in existence after death and, in some time periods, even the idea of a second life.

The modern concept of mummification and the possibility of a mummy waking if its rest is disturbed is part of the evolution of the ideas they held about ghosts. Many other ancient civilizations held a belief in ghosts as well.

The Greek poet Homer described ghost, “as a vapor, gibbering and whining into the earth.” But some were said to be more substantial even to the point of looking exactly as they had before death. This Greek interpretation of ghosts interacted very little with the living world, but they were periodically called upon for advice or to prophesy about future events.

The Greek vision of ghosts shifted with time and by the 5th century ghosts were frightening beings. They were also able to directly able to affect the living by performing works for either good or evil.

Their spirits were said to stay near the location their corpse, making cemeteries a place to avoid for living. Ceremonies were created to publicly mourn the dead and annual feast were held to honor those that had died.

During the annual feast, a family’s deceased members were were encouraged to join in the celebration, but after the celebration ended the ghosts asked to leave until the next celebration the following year.

Romans also believed in ghosts and thought that they could be influenced to attack an enemy by placing small tablet of lead or pottery, inscribed with a curse, into a tomb or grave. There are specific accounts of a ghost haunting a bath at Chaeronea. The ghost whose loud groans resulted in the town sealing up the building.

During the Medieval period ghosts fell either into the category of spirits departed souls that of demons. The spirits of departed souls lingered for a specific reason while demonic ghosts existed only create havoc for the living.

In more modern times ghosts have become the subject of literature and other popular forms of media. They are used as the theme of many horror movies and other works meant to create fear.

There is still significant belief in the existence of ghosts throughout the world. Many classic literary pieces revolve around ghostly figures in some way, making them a staple in horror and thriller writing.

Are ghost real? Despite what skeptics may say there is no definitive answer. Investigators have found that most cases can be explained by natural phenomena, but there are a small group of cases less that two per cent that defy rational explanation. It’s these cases that can’t be explained by poor lighting, infrasonic frequencies, and yes a hoax that will keep interest alive for years to come.