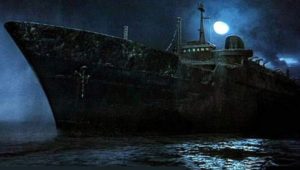 One of the most terrifying and shocking true ghost stories in history took place on a Russian freighter called the Ivan Vassili.

The Ivan Vassili was not a typical cursed or jinxed ship.

There was nothing unusual or spectacular about her. She was built in St. Petersburg in 1897 to transport freight across the Baltic Sea to the Gulf of Finland. She was driven by a single triple-expansion steam engine. Her bunkers carried enough coal to take her 2500 miles at a speed of eight knots. She was made of riveted iron plates, while her deck and superstructure were wood.

She had a record of reliability and stability to the point of being boring. No mishaps took place on her during the first five years that she plied the sea. Then everything changed overnight, and she became a sailor’s worst nightmare of calamity and death. In 1903, when the Russian government prepared for war with Japan, her role changed suddenly. She was ordered to carry a cargo of war materials to Vladivostok in advance of the Russian warships.

The steamer cut through the North Sea, the Atlantic, and south along the west coast of Africa, coaling in Capetown. Then she moved north along the east coast of Africa and Zanzibar, topping off her bunkers and taking on extra sacks of coal for the upcoming leg across the Indian Ocean.

Soon the nightmare would begin for the crew would realize that they’d taken on more than coal. Everything was business as usual as the ship left the port and took to sea, but the crew suddenly felt that a presence was on board. Something just didn’t feel right.

No one knew exactly what the presence was, but everyone was certain that some sort of invisible entity was among them. When it was near, the men felt that something was watching them, and they would feel a sudden chill in the air.

This went on for a few days before the danger of the situation heightened and the entity began extracting an alarming toll on the crew.

One night before the change of watch, the men on deck saw the apparition. It looked human, but its features were impossible to make out. It was misty, glowing, and luminous as it strolled across the deck and disappeared behind a lifeboat.

The men were understandably shocked. Still, nothing remarkable happened until the ship reached the Port Arthur military base in China where the crew intended to refuel the ship.

On the night before the ship entered port, a crew member suddenly let loose with a horrifying scream that sent everyone into a panic. The crew literally went berserk, and a wild melee ensued, the men having no idea what they were doing as they beat each other and themselves.

This episode ended with seaman Alec Govinski hurling himself into the murky black waves to his death. Afterward, the other men collapsed to the deck, and everything returned to normal.

The ship resumed its journey to Vladivostok, and the crew was relieved when nothing unusual happened during the first and second day at sea. But then all hell broke loose again. on the third day, the crew went on a screaming, fighting, hysteric rampage. A few minutes later, they collapsed on the deck like before only to learn that another shipmate had thrown himself overboard to his death.

When the ship finally reached Vladivostok, twelve crew members abandoned ship. They were so afraid of whatever was aboard the vessel, that they couldn’t get away from it fast enough and even attempted to escape before the cargo hatches were opened. Unfortunately for them, they were quickly rounded up like cattle and returned to the vessel where they were kept under armed surveillance. 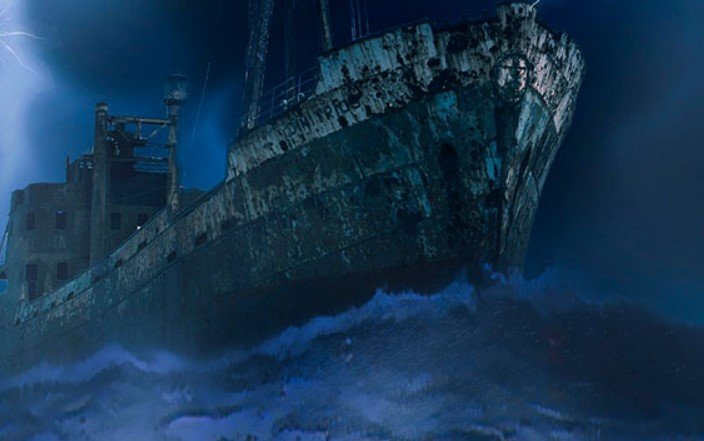 The anxiety on the ship must have been high as the cargo was unloaded; nevertheless, the Ivan Vassili was put to sea again on a voyage south to Hong Kong.

In no time, this leg of the trip erupted into yet another nightmare. Another hysterical frenzy occurred and another crew member killed himself. The next night, there was a repeat performance, resulting in another crew member’s death. During the third episode, a stoker reportedly died of fear.

Then, just as the ship reached the port of Hong Kong, Captain Sven Andrist flung himself overboard and downed.

This time nothing could stop the crew members from deserting when the ship docked. The entire crew, except Second Officer Christ Hansen and five Scandinavian seamen, fled.

Either dedicated to duty or unfazed by the tragedies, Hansen, took over as Captain and hired a new crew for the ship, and the steamer set out again, this time toward Sydney Australia to pick up a cargo of wool.

To Hansen’s relief, the voyage south was uneventful–that was until just before they reached Sydney. Then Hansen suddenly had an urge to kill himself, took out his revolver, and shot himself to death.

In Sydney, even before the dock lines were secure, the crew started abandoning the ship–all except boatswain Harry Nelson. Nelson set about finding another captain, one who didn’t believe in ghosts or superstitions. He found his man, but it took four months to find another crew. By then, word had gotten around and no sailor in his right mind wanted to sail on the death ship.

The steamer was put to sea again; its destination, San Francisco. The trip went smoothly until a week later when the crew was set into a screaming melee again. This time, two seaman went totally mad and had to be confined below decks. In the morning, they were both found dead.

The next day, the new and skeptical captain, put a revolver in his mouth and pulled the trigger.

The men were offered rewards, incentives, and all kinds of bonuses for returning to the ship, but nothing would convince them to get back on the vessel. Not one of them wanted any part of the ship. No other sailor did either. Watchmen were unwilling to even get close to her–much less spend a night aboard her. And so the diabolical vessel sat in port, abandoned, for many years.

Ultimately, the sailors of Vladivostock decided that fire was the only way to destroy the evil entity that haunted the ship, and so in the winter of 1907, on a clear starry night, they sat it aflame. In dozens of small boats, they watched, cheering, as flames devoured the ship. Some even sang as the fiery bridge engulfed the ship.

They cheered its demise, toasting the occasion with vodka as the iron skin buckled. Cast off from her moorings, she was dragged out to sea by a tugboat.

She still smoldered the next day and began rolling to starboard until she flipped over on her side and started to slide beneath the water. Those who watched swore that before the ship went under, an eerie scream emanated from the hulk. No one ever knew what or who the evil entity was.