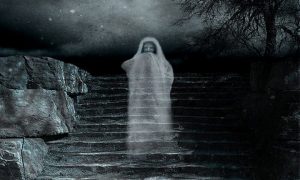 Around the world there are thousands if not hundreds of thousands of haunted houses, haunted forests, haunted highways, and even entire haunted islands – but to the best of my knowledge there is only one haunted city.

To be absolutely clear, what mean “haunted city”? Is that nearly every sidewalk, road, and alley – nearly every house or building has had multiple reports of the paranormal. Welcome to Halifax…

In December of 1917 World War I had been raging across Europe for almost three years. More than a million soldiers’ lives had already been claimed on its battlefields, but across the Atlantic in Halifax Canada another tragedy born of the war was about to suddenly claim the lives of thousands of soldiers and civilians alike.

The Halifax harbour was a principle shipping port for munitions to Europe, so much so that on December 5th 1917 the docks of the harbour were fully occupied and another fifty merchant ships were in waiting anchored in the waters off the coast. 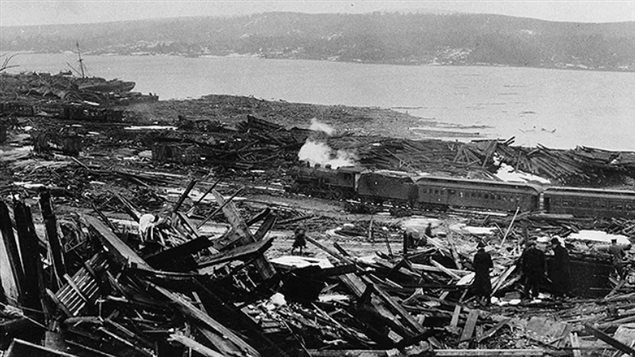 At 7pm that evening the harbour master gave the signal to raise the large underwater chain fence across the harbour, a tactic often used in those days to defend against unseen German U-boats. What occurred during the night is to this day not fully understood.

What we do know is that the French merchant cargo ship, SS Mont-Blanc collided with a Norwegian freighter, the SS Imo – and while the Imo survived that day and went on to be re-commissioned and renamed SS Guvernøren, the Mont-Blanc was not as fortunate.

The Mont-Blanc’s cargo manifest on the 5th of December read as follows:

More than two thousand of Halifax’s citizens were killed instantly, but we’ll never really know the actual number as many of these were literally vaporized. Another nine thousand were critically injured, most of which would die later that day in the crowded hospitals and makeshift medical tents.

Let’s not forget that there were approximately 65 ships in the vicinity each with crews of almost a hundred, and in some cases more. Fortunately the majority of these were large freight vessels, and the ships themselves were not completely destroyed. Unfortunately the same cannot be said for the crews. Any crew member on deck was killed immediately, while countless hundreds inside the ships were either fatally wounded or killed instantly from the pressure wave.

This is how a “haunted city” comes into being, so now we will cover a handful of the more notorious spirits inhabiting Halifax.

The Grey Nun stalks the halls of Halifax’s Old Victorian Hospital. A sort of grim reaper, if you see her it means somebody in the room is about to die.

She is said to appear as a grey mist at the side of the dying to comfort them. In a handful of cases witnesses have reported the mist taking human form at the moment of death.

The Church of England’s national school building was built one hundred years before the explosion on December 6th. The school housed students of lower class and impoverished families between the ages of 6 and 16.

This ghost crosses the line into the classification of a full fledged poltergeist due to its well witnessed history of assaulting the living. Today the school is the Five Fisherman restaurant where many of the patrons have been shoved or had objects thrown at them by an invisible presence.

The Five Fisherman being a relatively popular venue these assaults have been witnessed by numerous people and most cases in large groups.

If you find yourself on Argyle Street walking past the oldest protestant church in Canada, St. Paul’s Church, take a look up at the top right panel of the central window, you’ll have a nine in ten chance of seeing the silhouette of a disembodied head in the glass.

It would be convenient to believe that the head is a coincidental impression left by age on the glass, but the window has been replaced several times over the last hundred years. Each time the head reappears almost immediately.

It’s believed that the impression is the phantom of Reverend Jean-Baptiste Moreau, whose headless torso was discovered amongst the dead following the explosion. St. Paul’s Church is just two blocks from the Five Fishermen.

The Curse of the Narrows

Now if all of the above didn’t make for a creepy enough destination…the entire area is cursed! They call it the curse of the Narrows and it is much older than 1917. Legend states that during the settling of Halifax three bridges were built to cross the channel to the nearby Mi’kmaq territory.

With the bridges came an amount of cultural disaster for the Mi’kmaq tribe. In response the tribe’s chief cursed the narrows and fated that all three bridges would fall. Since that time two of the three bridges have collapsed under questionable circumstances.

Following the collapse of the second bridge the curse was taken seriously enough that Halifax city officials met personally with the present day Mi’kmaq chief and implored him to remove the curse, which he did.