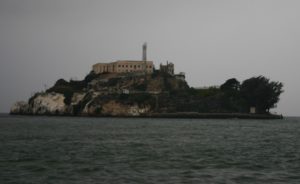 From voices, to footsteps, to the appearance of apparitions, Alcatraz is considered a very haunted location…

As a result of the influx of people to San Francisco at the time of the California Gold Rush, construction of a fortress began by U.S. Army engineers in 1853 at what later became known as Alcatraz.

Due to the higher rate of crime during the gangster era, Alcatraz began a makeover in 1934 to make it better suited for hardened criminals.

Some of the best-known inmates who spent time at Alcatraz include Al Capone, Robert Stroud, (otherwise known as “The Bird Man of Alcatraz,”) Machine Gun Kelly, and Doc Barker of the Ma Barker gang.

When operational costs became too high, Alcatraz closed its doors in 1963.

The Ghosts at Alcatraz

There have been numerous incidents of spirit happenings experienced by both guards and visitors to Alcatraz. Male voices and footsteps have been heard. People have seen apparitions, and some guests have experienced the smell of smoke. Both orbs and ghostly images have been captured on film.

There have been several deaths at Alcatraz. Eight people were killed by inmates during Alcatraz’s time as a prison, along with five inmates who committed suicide. Fifteen people died from natural causes.

Could any of these people be the ghosts of Alcatraz? Some people believe the spirits of two guards who were murdered in a shooting incident in 1946 still roam the grounds.

Cell blocks A, B, and C are said to have paranormal activity. The laundry room and the hospital have also had reported spirit activity. C-Block is reputedly haunted by the spirit of former inmate Abie Maldowitz (nicknamed Butcher) who was murdered in the laundry room. 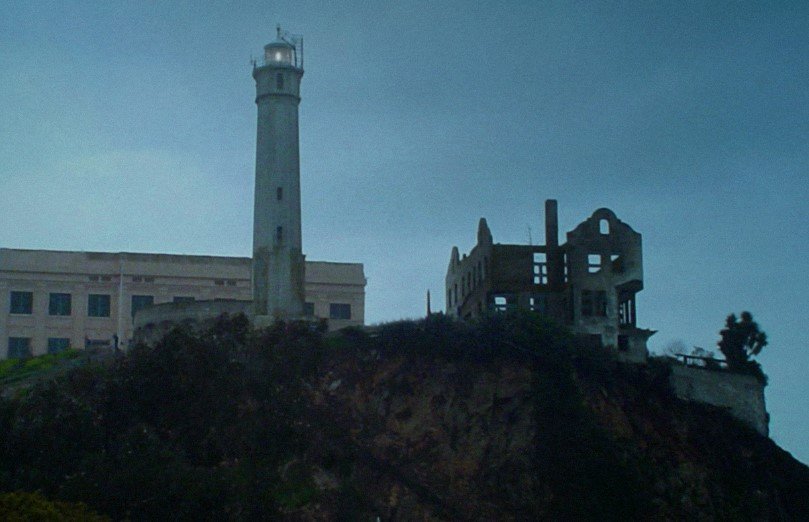 On September 5, 1984, a ranger spent the night alone on the island and was awakened by a heavy door swinging in C-Block, but found no cause for it; the door swinging continued on other nights.

D-Block is considered by paranormal investigators to have the most activity in the prison. Four of the 42 cells in this block are thought to be haunted, and unexplained voices have been reported in cells 11, 12, and 13.

Cell 14-D, the worst cell for punishment in “The Hole” and of Alcatraz, is considered to be the most haunted cell in the prison.[30] Many people report that Cell 14-D is permanently icy cold, even during the summer, and is often 20 to 30 degrees Fahrenheit colder than anywhere else.

Even people who don’t believe in ghosts have had experiences they can’t explain. One day when Warden Johnson was taking people on a tour, both he and the tour group heard the sounds of sobbing coming from inside the prison walls.

When the sobbing stopped, a gust of cold air raced by them. Although Johnson does not believe in ghosts, he was unable to come up with an explanation for what had occurred.

Al Capone’s final time at Alcatraz was mainly spent in the hospital due to an advanced case of syphilis. Instead of going outside for recreational time, he preferred to spend time in one of the shower rooms practicing his banjo.

At times, the sound of banjo music can still be heard on Alcatraz. Some believe it is the ghost of Al Capone.

A park ranger also reportedly heard Capone twanging his banjo in the shower. Ranger Lori Brosnan has said that many visitors have reported feeling a cold chill when walking through the shower room, and one visitor reported feeling fingers on the back of his neck, but turned around and nobody was there.

There have been several paranormal investigations that have taken place on Alcatraz. The Los Angeles Paranormal Association, (LAPA,) caught some spirit images on film.

KGO Radio Morning News anchor Ted Wygant, a skeptic of the paranormal, visited Alcatraz in 1982 with psychic Jeanne Borgen and spent the night there.

Wygant said for most of the duration of the visit they found nothing, but around 3 am in the utility corridor, the place where three of the men of the 1946 Battle of Alcatraz were shot dead, he said that although it was pitch black, he suddenly got a “tremendous feeling of anger” and felt an evil presence lying on the floor at the place where the men had died.

He started cursing and said that he felt a strong compulsion to fire a gun at people. Borgen said that it left Wygant quite out of character, and said that when they turned on the light, “his face was changed, you could see the anger and hate in his eyes”.

Wygant has said though that it is quite difficult for him to believe there was something really there, but he is certain that he felt that something had happened

Alcatraz is, and will continue to be a favorite among ghost hunters because of all of the reported spirit activity.

Bizarre Tale Of Stranger In The Church