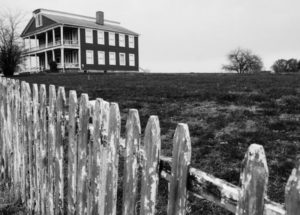 Hickory Hill was built in 1838 by John Hart Crenshaw who had bought salt lands from the government, then owned three salt furnaces and a sawmill to process the mineral which made him a fortune. He became a highly respected powerful businessman and a pillar of community and church. The public was unaware of his dark side.

While Illinois didn’t allow slavery, the state did permit slave leasing on a yearly basis. Toiling in the salt mines was harsh and workers were always needed, so using slave labor increased profits.

In addition to this, Crenshaw decided to traffic in illegal slavery. He hired men to kidnap runaway slaves and free blacks to sell to plantation owners in the South. Crenshaw chose to make even more money by having a slave breeding mill in Hickory Hill’s attic.

It’s said that at least three hundred babies were born in the attic of horror. It’s said that carriage drivers would go to the mansion and secretly herd the captives into the space. 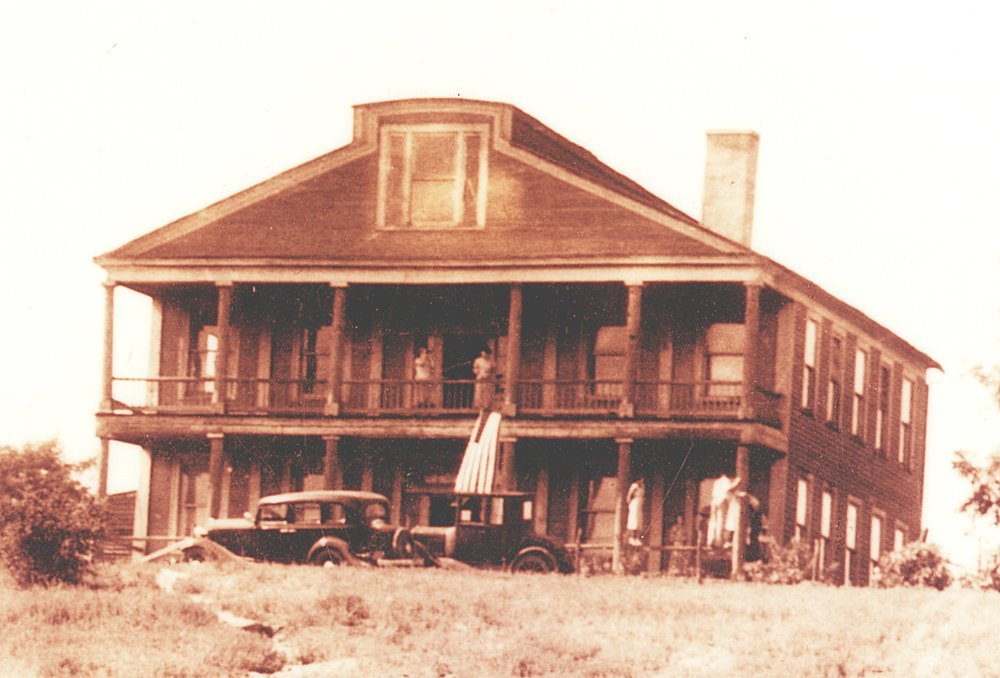 The Saline River was nearby, facilitating transporting the victims to the South. According to legend, there was a tunnel that connected the basement to the river and one at the rear of the house large enough for a wagon to enter.

In 1842, Crenshaw was arrested, and accused of selling a family of free blacks into slavery. He was found “not guilty” due to his power and prominence, but public sentiment turned against him.

In 1906, the mansion was purchased by the Sisk family. The locals considered it notorious and its reputation spread. Soon, the Sisks began to have visitors requesting a tour of the place; ultimately, they decided to charge admission. There were road signs advertising it as the place where slavery had existed in Illinois.

Witnesses reported hearing eerie noises in the attic: crying, shuffling footsteps, chains rattling, whimpering and voices singing spirituals. People have had uncomfortable feelings such as sadness, intense fear, uneasiness and of being watched.

There are cold spots, people feeling entities pass by them and being touched by something unseen. Many had heard that no one could spend the night in the attic, tried and failed.

According to an article from the late 1920s, published in the Benton Post-Dispatch, ghost-layer (as they were called then) Hickman Whittington decided to spend a night in the former slave quarters and said he would “exorcise” the spirits.

Whittington was healthy when he arrived, but hurriedly left, appearing to be sick, then died soon after. Although he never told Sisk or anyone else what happened, Sisk thinks he died of fright.

In 1966, the duo tried to spend the night in the attic. Around 1:00 a.m., their kerosene lamp started to flicker. Then there was a horrid loud moan. They heard voices speaking garbled words and saw spectral forms.

The lamp’s flames extinguished. As the men heard screams, they quickly exited the attic. They told Sisk what happened, then fled the house. Later, he wondered if Whittington had endured the same experience.

In 1978, Sisk allowed David Rodgers to spend the night in the attic as Halloween entertainment for a television station. He became the first person to spend the entire night in the slave quarters. Rodgers admitted that he was uneasy about going into the haunted house. He heard many sounds in the attic that he couldn’t identify, but saw nothing.

The Sisk family stayed on the first and second floor and did not go into the attic while they lived there. They experienced cold spots and felt like they were being watched, but had learned to live with this. In 1996, they closed the house to the public.

The State of Illinois bought it after several years and planned on opening it as a museum. As of 2006, it hadn’t been reopened. In 2008, the National Underground Railroad Network of Freedom added it to their list of underground railways as a reverse example of its mission.