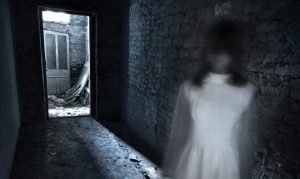 On 23 May last year, the housing organization of the city of Fontenay-aux-Roses (Hauts-de-Seine) received an unusual letter. Ten tenants living between the 1st and 5th floors of a residential building have applied for urgent relocation, according to the French edition lagazette-ladefense.fr.

According to the residents, their housing, built in the 60s, is haunted by ghosts.

Part of a letter written by the tenants is revealed: “All tenants affected by this incident will be able to justify what they saw, namely the ghosts appearing in our apartments and in the building. As a result, almost all families get sick and suffer along with their children.”

One of the residents of the house explained that strange phenomena began to occur after the death of one of his neighbors in April 2019.

Footsteps, furniture moved on the floor, feeling of tickling, blows against the walls, visions of shadows and blurred faces, lights on in an uninhabited dwelling… The testimonies have followed one another for several years.

So much so that the ten tenants signed, on May 23, the letter asking the town hall to relocate them.

Mayor Laurent Vastel (Oudy) said he would go to the scene to investigate, while confiding that it was probably not a valid reason for relocation.

Under the ice of Antarctica, a mysterious 300-kilometer metal object is hidden