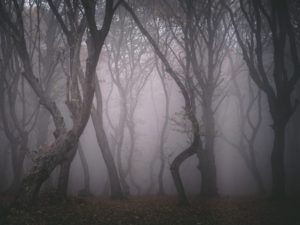 Epping Forest is an ancient, beautifully green oasis. A weekend woodland retreat from the nearby city of London, where city-weary folks can escape the hustle and bustle of urban life.

It is rich in fauna and flora, a perfect setting for relaxing in the great British outdoors and leaving behind the stresses of the working week.

The forest has many stories tucked up safely under her leafy canopy, tales of highwaymen robbing unfortunate travellers or packs of coyotes who have found themselves a great distance from home, sightings of big cats and hominids with big feet, even mysterious lights in the sky are no strangers in this part of the world.

Living just a short car journey, as I do, from Epping Forest and having a keen interest in the paranormal I started researching all the weird and wonderful occurrences that have happened there.

The number of anomalous phenomena I uncovered, one could easily write a book about. But there is one series of events that I thought were particularly interesting.

During the summer of 1908, people who would have occasion to pass through the Warren Hill area of the forest started to report a series of terrible night-time attacks by an unseen mystery assailant.

The first person to fall victim to the unknown attacker was a gentleman who was walking with two companions towards the town of Loughton at around 11 pm one warm summer evening.

Whilst the trio was walking along our gentleman was all of a sudden hit straight in the face, by what to him felt like a rock and by all accounts he was left with a rather severe bruise.

Shocked, the three friends then conducted a very thorough search of the area for the violent culprit but their endeavors were in vain because whoever or whatever had launched the attack on the man couldn’t be found. It was as if they had just disappeared into the night.

Then a few evenings later another gentleman, walking alone, was passing by the same place around half past 10 when he was alarmed by something striking him hard between the shoulder blades.

Being as he was on his own he made the decision not to stop and investigate, instead, he turned and hurried away from the scene, and promptly informed the local police about the matter. The very next evening a police constable was dispatched to investigate the assaults and positioning himself behind a bush he laid in wait to see if he could apprehend the offender.

However, it seems that whoever or whatever was in the business of throwing the rocks and dealing out punches cared little for the law, as the policeman suddenly suffered a blow to the face by something unseen, leaving him with a nasty scar.

The policeman reacted by stepping aside to try and avoid further assaults, but he failed to dodge another onslaught. His helmet was all but knocked off of his head by a strong unseen hand.

Chillingly, when he inspected his helmet he observed long claw-like scratches down one side. Naturally panicked, he bravely rushed into the trees to try and arrest whatever had seen fit to make the unprovoked attack on him, but yet again the aggressor was nowhere to be found.

Another poor soul to fall victim to the mystery attacker was an 18-year-old woman called Lillian Dowse, whose home was between the forest and Loughton. She was walking home late one Tuesday evening when all of a sudden she felt her hair being pulled from behind before she too was struck in the face leaving behind some sharp scratches.

As one might imagine the frightened woman screamed for help, which alerted a passing man who rushed to her assistance. After trying to calm her down he immediately made a search of the area, but like the others, his actions were also in vain and whatever or whoever had injured the young woman could not be located.

Fast forward another few nights and a party of around a dozen local men (no doubt fuelled by beer) got together and entered the forest to see if they could get to the bottom of what had been making the attacks.

For around half an hour their efforts were fruitless, when all of a sudden a member of the party received a hard blow to the face for his troubles. Straight away the injured man along with his companions made a comprehensive search of the area, and once more nothing could be found.

Another incidence occurred when a James Frampton was returning home on a Saturday night and he too was attacked. He told the local newspaper “It was about twenty minutes to 11, I had been into Loughton and was returning home to Chingford. I had heard about the strange happenings in the forest, and was keeping a pretty keen lookout.

All of a sudden something struck my hat at the back, and knocked it off. I swung round but could see nothing. A minute later something lightly grazed my left shoulder. I called out, but I neither heard nor saw anything”.

The attack on Frampton would be the last in the series and they then seemed to stop as suddenly as they had started, leaving behind no answers, only injuries and mysteries. 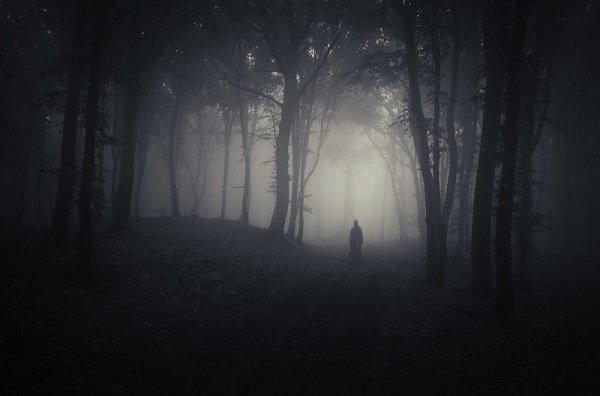 So what then could have been causing the vicious unprovoked attacks on innocent travellers. It should be noted that the attacks do bear some similarity with other phenomena.

For instance, stones being projected by an unseen hand, is very much akin to poltergeist events, although unlike poltergeist events it should be noted that there doesn’t seem to be one central human catalyst involved and those involved had no more than a passing knowledge of each other.

This is rarely the case in poltergeist events, as the victims are usually very close, often family.

Another suggestion that might be put forward is that it could be a creature such as Bigfoot making the attacks on the unsuspecting travellers and over the years there have been reports of such a creature in this area.

This is something I am reluctant to endorse myself as a large hominid such as Bigfoot would have a hard time keeping hidden in a country as small as the United Kingdom.

Although it should be pointed out that many cultures around the world, as well as some researchers, think that Bigfoot could be in some way paranormal, somehow dipping in and out of this reality.

This could explain how the attacker was able to suddenly creep up on the unsuspecting victims to deal it blows and then retreat without being seen. I find this very unlikely as there is no real proof, only wild speculation that Bigfoot, if he exists, can perform such feats.

So like many mysteries such as this, the jury will always be out and it is unlikely we will ever get to know the cause of these fleeting events, for this case at least will always remain a mystery.