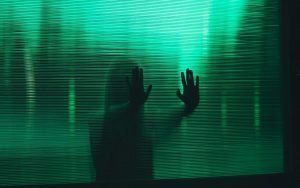 Viewers of the new Amazon Prime documentary “James May: Our Man in Italy” quickly took to social media after spotting a “ghost” in front of the camera as the former Top Gear host appeared.

The Top Gear star was presenting from Roman Pompeii, where he spoke about mass graves formed by Mount Vesuvius’ eruption in 79AD, when a human-like figure appeared behind.

While it’s super faint, fans are convinced that it’s a human walking into a grave.

The faint and undefined figure appeared to be human in shape. TikTok user, deejaybrooksie was one person who picked up on the eerie moment. The viewer posted a video and commented: “Just been watching James May’s new program Our Man in Italy on Amazon Prime and we spotted this in the background.”

This made such a buzz on social media that The Grand Tour presenter was forced to give an explanation for what people were seeing:

“My thanks to everyone who has pointed out the ‘ghost’ in ep3 of my new Italy series,” the presenter posted to Twitter.

“Nobody saw it at the time, so it’s either a real ghost or (more likely but also more boring) just a bit of digital file corruption.”

One user questioned the validity of May’s explanation:

“Digital corruption. Hmmm not a chance.

“Maybe if you were recording in analogue. And the editor didn’t notice….“