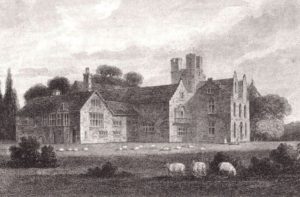 The Knights Templar built the Bisham Abbey in the thirteenth century on the Thames River’s banks, near Maidenhead.

In 1538, the monks of Bisham were forcibly evicted from their home. King Henry VIII’s commissioners had to drag the Abbot from the steps of the High Altar.

As he was thrown into the cart that would carry him away, he turned and cursed any family who would live there. Their sons would suffer misfortune. William Hoby was the first, but the ghost is his mother, Lady Elizabeth.

Extremely arrogant, proud and ill-tempered, she was one of the most educated women of her time. Lady Hoby was a personal friend of Queen Elizabeth I.

She basked in English Court life: balls, banquets, handsome young men, flirting, compliments, flattery, gossip and the jealousy of others that rose from her friendship with the Queen.

William Hoby was the youngest son and not as intelligent as his siblings. When he had problems with his lessons, Elizabeth lost her temper and beat him because she thought him lazy and clumsy.

She often taught the children in a summerhouse by the Thames. Villagers on a tow-path were able to see the youngsters writing, while Elizabeth paced between them, watching them sternly.

A man said he once heard tortured screams coming from the summerhouse. He saw Elizabeth beating William around his head with her ruler until he collapsed and fell to the ground in a pool of blood.

One day, Elizabeth took her children to the Tower Room for their lessons. William had problems with that day’s tasks. She beat him until he fell, then tied him to his chair and demanded that he rewrite the lessons.

After she locked him in the room, she rode through Bisham Woods. Soon after she left, a servant rode up to her to tell her a page was at the abbey. The Queen summoned her to Court, ordering her to leave immediately.

It was several days before she returned home. All of her children greeted her, with the exception of William. She asked where he was. The reply was that they thought he was with her. She hurried to the Tower Room and found William was dead.

Shortly after Elizabeth’s death in 1609, her ghost was seen wandering throughout the house and has been seen many times since then. Some witnesses have seen Elizabeth’s specter materialize with a black face, wearing white clothing, ripping sheets from beds and throwing objects.

She weeps at night and illuminates the Tower Room with an eerie light. Her shade appears in there during times of Coronations. Some have claimed to see a fountain floating in front of her.

Elizabeth’s portrait remains. Her piercing eyes appear to follow people wherever they walk. Some have expressed feeling uneasy as they neared the painting. 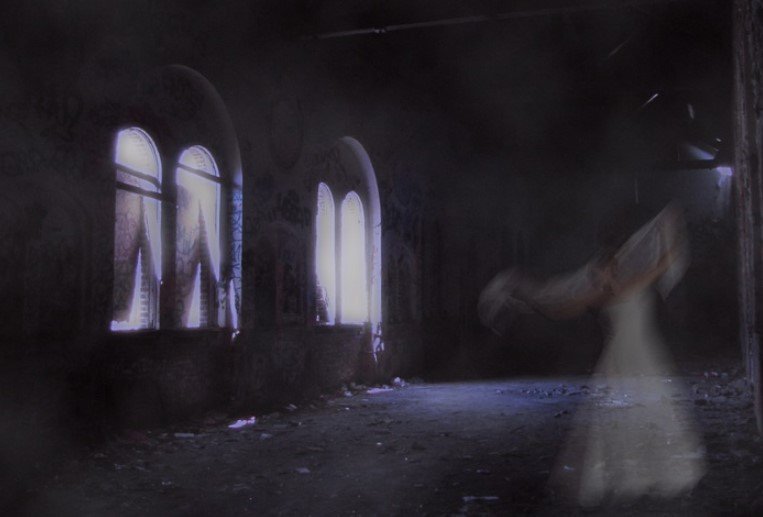 What Romanticists Opine about Elizabeth Hoby the Ghost of Bisham Abbey

After four hundred years, she has no rest for killing her own son. Her appearing in the Tower Room during coronations evidences her guilt at choosing the Queen above her son.

The fountain is where she washes her hands to erase William’s blood from her hands, a là Shakespeare’s fictional Lady Macbeth. Elizabeth is filled with remorse. If she hadn’t been selfish, strict and violent, William wouldn’t have died.

She appears so often that Bisham Abbey is deemed one of the most haunted places in Britain.

There appears to be no doubt that Elizabeth’s ghost haunts the abbey because of the many witnesses who have sighted her ghost. According to mental health experts and legal professionals, no one can attribute thoughts or feelings to others.

Opinions about these aren’t admissible in court. Was she filled with remorse? La Llorona, allegedly killed her children and her ghost has been seen calling out to them. There are no reports that Elizabeth called out to William.

Why the fountain appears is an enigma. The opinion that Bisham Abbey is one of the most haunted places in Britain because Elizabeth appears so often is flawed because the vast majority of parapsychologists believe that a place having one haunter doesn’t make it “most haunted.”

The criteria are the number of ghosts and the amount of paranormal activity. The fact that remains is that numerous witnesses have seen Lady Hoby’s specter.