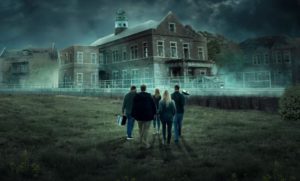 Dusty Smith, president of the Daytona Beach Paranormal Research Group (DBPRG), is also an author and speaker, and holds certifications as a ghost hunter and paranormal investigator; as well as several degrees in other areas such as biology, psychology, history and theology, which aid the investigator in her scientific approach towards the paranormal field.

In addition, the engaging redhead was featured in several episodes on Discovery Channel’s series, A Haunting. She’s been in a myriad of situations and knows where to look and what to look for.

Where are the Local Haunted Sites?

“Ask around,” says Smith. “The local library, museums, bookstores and historical societies have a wealth of information. Stay out of locations such as abandoned buildings and public locations with hours that close before dark. Not only is there a safety factor, but a possible bail factor involved in these types of places.”

Those who research beforehand should be able to uncover some interesting sites, paranormally speaking, to check out. Smith’s first ghost hunt, which took place in October of 1997, was a memorable one, to be sure.

“A few of my friends and I went to St. Augustine, Florida to see if we could put any evidence behind some of the purported hauntings,” Smith shares. “The one location that we got a great deal of activity was Huguenot Cemetery.”

“Not only did we get some EVPs, but a full-body apparition on 35 MM film, and some interesting readings on the EMF and temperature meter,” she adds. “I was pleased with the results we acquired. The results were what I had hoped for.”

What Tools Does a Ghost Hunter Need?

What specific tools should ghost hunters bring along? “Our best piece of equipment is ourselves,” shares Smith.

“Our brains, including logic, empathy, being skeptical, compassion, our senses and so on.” According to Smith, “You have to be a detective. Your instincts and senses are paramount in the field. It doesn’t matter how much equipment you have, if you don’t know how to use it or aren’t looking for natural or man made sources for activity, your evidence is useless.” 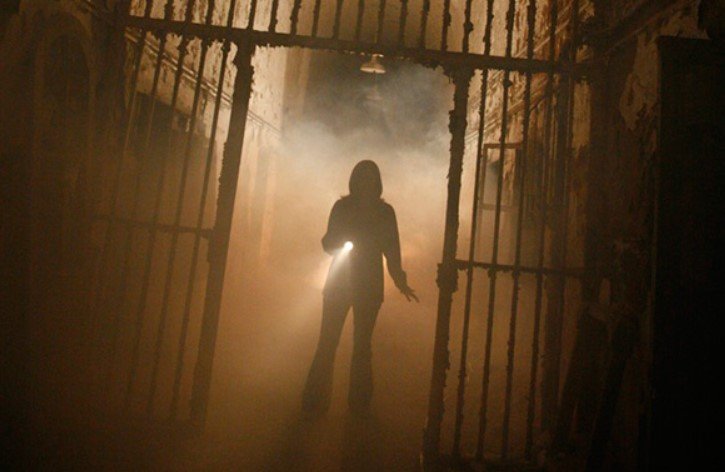 Smith makes it clear how important it is for a ghost hunter to remain skeptical. “Debunk before being convinced,” she stresses.

Yes, that’s a whole lot of equipment, but remember; Smith has been in the business for over a decade, and she offers advice for those, sans the big eqipment, who are just starting out.

Inexpensive Tools Can be Used for Ghost Hunting Success

“You don’t have to have a lot of expensive equipment,” the DBPRG President notes. “A compass can be used as an EMF meter (it spins and cannot find north in the presence of electrical activity), baking flour can be used to track movement, as well as string and candles.

When investigating a location it is also important to have done your homework up front. Knowing the basic information about the site can help speed things along and ward off unwanted complications, such as what areas you’re allowed to enter or not enter, and what is the most “active” area in the location, from your interviews/research beforehand.

The odds of having as successful a first ghost hunt as Smith did are slim (recording a full-body apparaition is rare), but the odds of having a great time seeking to uncover a snippet of the hidden paranormal world are decidedly higher.

So you have decided to become a ghost hunter…Great! Here are some generalized procedures and protocols for getting the most out of your ghost hunts.

If you have just opened the door to the huge world of the paranormal, then your mind is swimming with hundreds of questions, thoughts and ideas about how you will go about your ghost hunting adventures.

The first thing you need to do if you aren’t in a paranormal group already is to browse the internet for a listing of groups in your local area. Joining a group that is already established will help you get your feet wet and is the best way to get some experience under your belt.

Many ghost hunting related websites have listings for each state and links to their individual websites as well.

If you already have some experience behind you and have gone on some ghost hunting excursions, then you know it isn’t a simple as they make it look at times on Ghost Hunters It isn’t as exciting as many people would imagine either!

The number one talked about place for ghost hunting seems to be cemeteries. They are well known for being creepy places, associated with Halloween, ghosts, and goblins.

Investigating at cemeteries can bring fantastic results, depending on which cemetery you are investigating and more importantly, the history behind it, the land, previous burials, etc.

Cemeteries can be a good starting point because you don’t have to worry about dealing with home owners or anyone who is afraid of paranormal activity they may be experiencing in their homes.

Always get permission before you and your group (or even just friends) go snooping around a cemetery at night. Most cemeteries close at dusk and you can be ticketed by your local police after dark if they consider you to be trespassing.

A good starting point for getting permission is the police department for the city where the cemetery resides. They can then point you in the right direction as far as who owns the cemetery, and who to ask for permission.

Once you get your feet wet for a while investigating cemeteries, you can move on to bigger and better things such as homes, historical sites and businesses.

You don’t need fancy equipment to get started as a ghost hunter. Some basics that you can use are cameras and audio recorders. You can use both 35 mm and digital cameras, and both are used by seasoned investigators.

Cassette recorders and digital audio recorders are a very useful tool for capturing evps during investigations. Other great tools include paper and pen, for logging weather-related information such as temperature, humidity and moon phases, flashlights, extra batteries, and a carrying-case or fanny pack for putting your equipment in.

You have to start somewhere, so don’t worry about that fancy equipment just yet! The basic equipment can be just as effective when doing your research.

It’s always good to research the land, building or home that you are investigating. Spirits can be attached to the land just as much as they can be attached to homes or objects. Start out by doing some online searches on the land or building in Google or another search engine and see what you can dig up.

If you need to do more extensive research, you can try genealogy websites like Rootsweb or Ancestry-they can be a wealth of valuable information.

Ghost hunting, like anything else, is something you learn by doing. You will make mistakes and learn as you go along. Each paranormal investigation that you take part in will help you become a better researcher, which will in turn help out the people you investigate for.