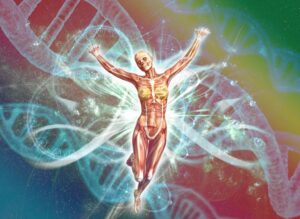 In 2022, a scientist from China, nicknamed “Chinese Frankenstein”, is released from prison. He was imprisoned due to interference in the human genome. He departed from the generally accepted laws of ethics and made changes to the genetic code of two twin girls.

They received lifelong immunity to the HIV virus. The scientific community also condemned him for such a move. Nevertheless, his results cannot be ignored. This is a serious scientific discovery that can change the world.

Despite the colossal pressure of the investigation, Mr. Che managed to keep the names of his wards secret. However, there is information that they began to show side effects that can hardly be called negative.

Both girls show a high level of intelligence, have a good ability to memorize, and do an excellent job with the school curriculum. And for this, they and their parents should thank the CRISPR / Cas9 technology, called in scientific slang “genetic scissors”. Its use allows you to edit genes if necessary.

Studies conducted by other scientists indicate that many diseases that lead to premature death and impair the quality of human life have a significant genetic component. We are talking about such serious ailments as diabetes and cardiovascular disease.

Researchers rightly believe that the new technology, tested by the Chinese Mr. Che, can save humanity from dementia and Alzheimer’s disease.

According to experts, this is another big step towards immortality. In the scientific world, the opinion is growing that the technology of “genetic scissors” should become mass and as accessible as possible to all people.