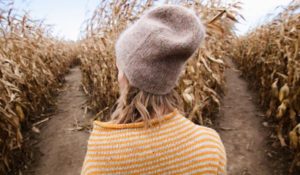 How would you feel if you woke up realising freewill was an illusion and you therefore had no control over your destiny? The central question of concern here is, do we have free will?

This is not simply a question of whether I decide to eat out or eat at home tonight, but more a question of whether I make choices because I have the free will to do so or my choices are already determined at a quantum level of reality (events less than 100 nanometers long), where my brain is use to functioning in a certain way or responding to an external stimulus in which I have already been conditioned to.

At a quantum level, reality seems to behave differently from events at larger levels. Physicists have described these events as ‘indeterminate’ in the sense that the outcome of events cannot be inferred in advance except in statistical terms.

Relating this to synapses in the brain, which are as small as 20 nanometers where the quantum principle operates, cannot be predicted. At a greater scale we can look at thoughts and emotions that function at a neural level, one can ask what initiates those thoughts and feelings.

Therefore, at a quantum level it is plausible to infer that one cannot predict whether a neuron will fire or not. Does this leave us with an explanation that an external force or something non-physical intervenes with a physical force?

If I do make choices in my mind, there should be a spot that reacts in my brain, or lights up, a stimulus that enables my body to respond to the decision I made. This spot can be pinpointed at the smallest level known to physicist, the quantum level.

However, if at the quantum level, things behave differently as we have stated above and concluded that because one cannot predict the behavior of a particle at a quantum level or whether a neuron will fire or not, then there should be a nonphysical intervening in the physical world, does that mean that one can imply that this nonphysical force that intervenes invariably results in a deterministic state and we are therefore not really free to make choices?

Even though quantum mechanics is accepted by physicists, it remains a hot and controversial topic due to its paradoxes. For instance, as described in the New Scientist: ‘ you cannot ask what the spin of a particle was before you made an observation of it – quantum mechanics says the spin was undetermined and you cannot predict the outcome of an experiment; you can only estimate the probability of getting a certain result.’

Responding to this contradictory dilemma, Gerard t’Hooft explained: “we cannot talk of particles or waves to describe reality, so he defines entities called “states” that have energy. In his model, these states behave predictably according to deterministic laws, so it is theoretically possible to keep tabs on them.

However, both Mathematicians John Conway and Simon Kochen at Princeton University said: ” any deterministic theory underlying quantum mechanics robs us of our freewill.”

Can we use quantum mechanics to answer the question on whether the uncertainty principle is the correct description of our reality or can Gerard t’Hooft be right in saying that beneath that uncertainty there is a deterministic order?

t’Hooft leaves us with this; that we actually do not have free will as we commonly understand it ‘because the way it is commonly understood is wrong,’ he said.
New findings published in the journal Neuron, suggests that we need to rethink what “free will” actually means.

The most famous findings on freewill was devised by Benjamin Libet in 1983. The Libet experiment found that neurons start firing well in advance of conscious decision-making: “The surge in activity, or “readiness potential,” started forming almost a full second before the experienced moment of decision.

Therefore, neuroscientist Patrick Haggard counter-argued the Libet experiment by stating that it is “wrong to think of the ‘moment of decision making’ as prior intention. Rather it seems to mark an intention-in-action, quite closely linked to action execution when the brain manifests a prior plan into a motor act.”

In fact, the decreases in neural activity before the decision making, meanwhile, suggest that the brain is set up to “tonically inhibit unwanted actions”: the sensation of making a decision is more about green-lighting one of many competing impulses”.

What this experiment actually illuminates is our understanding of what free will is. Is it a hypothetical concept of ‘making a decision’ in our head?

The conclusion I am left with is that the meaning and understanding of free will is actually our ability to come to terms with reality as to whether we have the necessary conditioning in order not to just DECIDE but also to ENACT our decisions.

To relate back to the arguments presented at the beginning; if so, that at a quantum level, our decisions remain unpredictable but also somewhat deterministic, where should we place the limitations of our free will?

The final question to you is, do you really want to know whether you have free will? It seems to me that we are better off believing so, for the mindset can only give us hope for change.