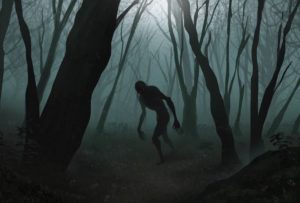 Freetown’s place in Massachusetts folklore and paranormal history is quickly becoming as famous as its coastal sisters and metro cousins.

As more stories come out that focus on that part of the state, the more people will turn their heads to what is happening there and how the history of this rural town is both a black mark on who we are and a warning from what are actions might bring about.

Freetown has a higher than the average number of hauntings. Most are of the harmless variety. For example, there is a rumor of a ghost that haunts the police station there. It seems a dispatcher died on the night while on duty.

Although she was the main lifeline of the building at night, her presence was not missed until the morning. Police on duty patrolling the streets and driving around just assumed it was a slow night.

They arrived hours later at shift change to find her body. Since then several officers have come forward with descriptions of a cloudy figure walking through the office. While there is no further description of the ghost, it did not appear until after the dispatchers’ death and most of the officers attribute it to her.

The real hauntings of the town generate from the state forest there, the largest in the state. The forest is 5,441acres (about 15 square miles) and lies in a town of little more than 30 square miles with only 10,000 citizens.

The majority is dedicated to a forest reserve and the Wampanoag reservation which has open tribal meetings and acts as a meeting ground of different tribes. 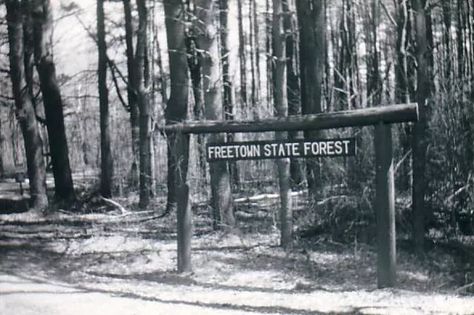 It seems to attract negative energy from other parts of the state and draw it in, becoming the lightning rod for cults in the area and a symbol of the tension between current residents and the natives that once lived there.

In 1978, one day before he was set to get married, 32-year-old James Kater kidnapped 15-year-old Mary Lou Arruda and eventually killed her. Her body was found bound to a tree. In 1983, a newborn baby was found dumped in a trashcan at a rest stop along the highway that borders the forest.

In 1987, a drifter from a nearby town was found dead in the forest. In 1988 two men were shot multiple times and killed during a dispute over a girl and a body was dug up from one of the cemeteries nearby. In 1998 a boy was found naked and beaten and there were several mutilated cows found that were linked by local police to a cult.

Perhaps the most famous case involving the forest revolved around a local pimp and the killing of several local prostitutes. In the late seventies and early eighties, Carl Drew ran his business out of Fall River and was implicated in the murder of at least three women under him.

One of the victims was dumped in the forest and the initial investigation pointed to more cult activity. Several witnesses stepped forward saying Drew was the leader of a satanic cult and that the killings had been part of his need for human sacrifice.

They also said they had witnessed Black Masses in the forest led by Drew. He was eventually found guilty and still remains in jail. In recent months his case has been reopened and the witnesses against him claim they had been forced by the police to testify against him and that no Satanic activity had ever happened.

People have different reasons why the town may attract the evil it does. Many believe it has much to do with the Bridgewater Triangle and the odd energy it seems to draw in. Law enforcement says it has to do more with the town’s location.

They feel its distance to several larger towns and cities, the fact it is surrounded by major highways and is relative isolation makes it an easy target. Crimes are committed in other towns and the evidence is dumped in Freetown or people wanting to stay away from law enforcement find there way into the forest to get done what they need to get done. 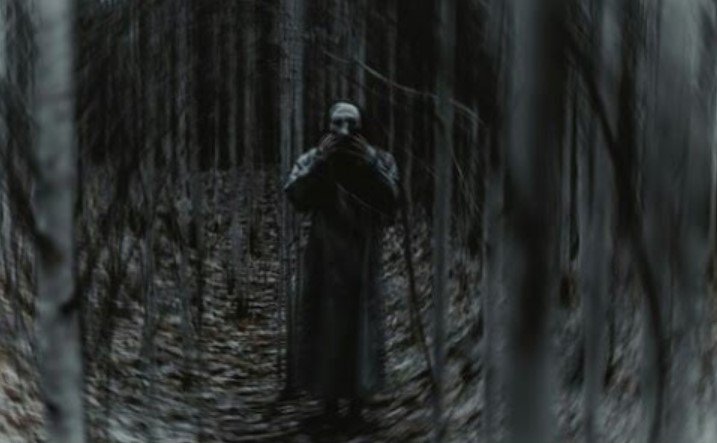 Although the evil energy there seems to date back further than the purchase of the property, this seems to mark the transfer of curse to the settlers and off of the Wampanoag.

Many feel the events of the area have turned the once gentle spirits violent, attracting evil to it and it return being fed by the evil. Psychics who have visited the area and Native American both feel the horrible crimes and hauntings will not stop until the tribe is given back the land.

Whatever the cause, the Freetown State Forest is home to more than cults and unsolved murders. There are paths through part of the forests that are large enough for a car, but people have learned not to drive them at night.

One person traveling through kept seeing glimpses outside the window as he winded through the forest. Speeding up, he saw a dark figure step out of the forest and keep up with his car with little effort and then disappear. Other cars have been known to break down or have their lights mysteriously go out.

One group of people was walking the road joking and having fun and saw a person walking towards them. They ran back to the car and saw an old woman coming straight for them like a zombie. She was covered in dirt like she has been buried and walked up the car and tried to reach in.

Another area of high activity in the forest is an area known as the Ledge. The forest has been the site of many suicides over the years, but the Ledge is the area most favored. One man killed himself in front of his girlfriend although he had shown no signs of depression or anxiety before entering the forest.

Others have explained sudden feelings of guilt, like a black cloud coming over them, as they approach it. One man out fishing with some friend in the pond below the Ledge witnessed six or seven people coming straight down the Ledge towards them.

They disappeared and then reappeared in different places in the rock until the fishers ran back to their truck nearby. The people were no longer there and would not have been able to make it down the rock or return back to the top without being seen.

Another Giant Humanoid is filmed on a hill in Aguascalientes, MexicoThe finds testify to the existence of a high-tech civilization of the pastStrange story of the Chronovisor that took a photo of Jesus ChristDallas company wants to clone mammoths by 2027