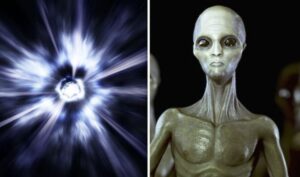 It is no mystery that there are probably other planets in the universe that can sustain human life.

Scientists have examined a relatively small section of space (approximately the size of making a circle with your pointer finger and thumb and looking through it at arm’s length) and found billions of galaxies at intermittent depths. Each galaxy has billions of stars, and these stars have planets.

Even if one out of every billion planets were sufficient to sustain human life, there would be billions upon billions of such planets.

It is no secret that we are depleting natural resources to dangerous levels while increasingly populating the world. Do the math: if the world does not end, as some extremists believe, then we will be forced to look elsewhere to sustain our growing population.

There are plans to colonize the moon and Mars by the middle of the next century, and who knows what technology we will develop by then, such as cold fusion to facilitate travel.

Who is to say that we cannot or will not look to the system of Alpha Centauri and beyond?

If trends continue, over time (perhaps thousands of years) we will overpopulate our nearest planetary neighbors and their moons which could feasibly sustain human life.

We will be forced to expand outward in the galaxy, just as humans on this planet are believed by scientists to have branched out from somewhere in Africa.

To sum up this theory: as of now, there are no “aliens,” just empty planets waiting for us to land on and colonize. Does this mean that there are no “people” on those planets now? Or are there?

Here is where we take a leap of imagination. What if along with our vast advances in interstellar travel, our future generations develop time travel?

That would mean that if in A.D. 4399 a scientist discovered how to manipulate time on a planet somewhere in the Orion system that he could go back to A.D. 1999 and visit his planet.

If this happened all over the universe, no matter what time (since time would be a small gap separated only by the dial set on whatever contraption is invented), there would be people on these planets now.

It is awkward to think four dimensionally, but this could happen theoretically. This would explain “visitations” that are being reported across the world.

Perhaps years down the line future humans do adapt to their environments and fit the description of extraterrestrials that are all reported to be rather scrawny (it would be a machine-labor world requiring little physical strength), large-eyed and pigment-lacking (effects of little light due to possible air pollution of the future or distance of their home planet from their “sun”), having rather large heads and not orally communicating (possibly because of increased brain use).

Perhaps these humans of the future want to look at their beginnings, just as any one of us would probably like to see the first human civilization. Thus we have encounters with “aliens.” This would explain why they appear to come from other planets in spaceships: they really do.

This is a rather brief look at a theory that encompasses many ideas that exist only in theory. It makes us think and ponder what we would come up with as a people if there were no limits.

In these alien sightings the creatures have many human characteristics… is it possible that they are time travelers from our own planet… visiting us from thousand of years in the future?!

History is filled with many stories and legends about visitors from time, and also of experiments in time. There are no real limits that we cannot overcome in time, and therefore all described here is possible.