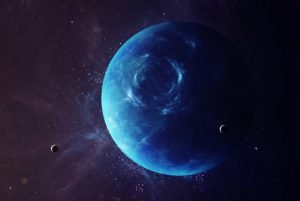 NASA knows how to keep secrets. Everyone, down to the cleaners and cooks, signs non-disclosure papers when they get a job there.

Therefore, everything related to NASA always has a hint of mysticism and fantasy.

In a long interview on radio, Norman Bergrun, a former NASA employee at the age of 89, spoke about the many alien civilizations in space. But the most interesting thing is that Norman told about a distant planet – Neptune. 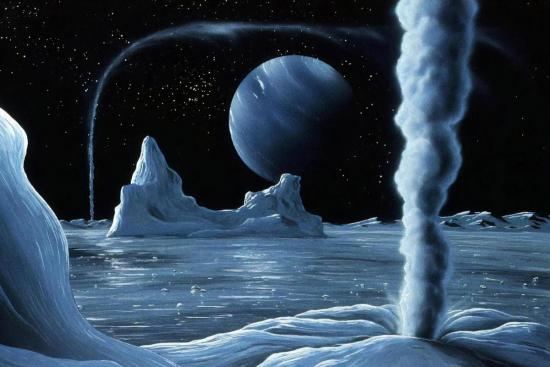 According to him, on this planet, the ice cover is about 2.5-3 kilometers, and there is liquid water under it, only with a different chemical composition.

Recently, NASA spacecraft for the first time recorded geysers beating from the bowels of the planet. It is also a proven fact that from time to time volcanic eruptions occur on Neptune.

Let’s digress from the words of the former NASA employee and imagine such a picture. There is ice all around, but as soon as we go a few kilometers deeper, we find ourselves in liquid.

Considering that in the center of the planet the temperature reaches + 7100 degrees, it can be assumed that in the depths the water temperature is comfortable enough for life to arise there.

Norman Bergrun claimed that life on Neptune exists. And even quite developed. These are multicellular aquatic organisms, very vaguely reminiscent of dolphins. Civilization on the planet is not technological. Rather biological, but with other principles of respiration and other chemical processes.

According to the American, in 1978 NASA had a whole department of contactees who contacted representatives of other civilizations. One of them were the inhabitants of Neptune. True, there was no communication as such.

Representatives of the aquatic habitat had no speech to communicate, and their extrasensory abilities are much inferior even to human ones.

However, contactees have traveled to the oceans of Neptune and have seen various creatures. Most of them are completely shapeless. 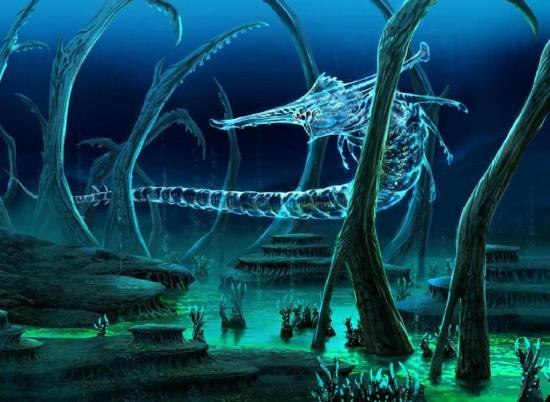 However, the civilization of dolphin-like organisms has a certain skeleton, fins and many tentacles. In addition to them, analogs of our jellyfish are common in the ocean of the planet, only of huge size and with a reddish formation in the middle.

If you believe the contactees, then on Neptune there are living creatures completely unknown to our classification.

Due to the fact that development on Neptune went according to a completely different scenario than on Earth, the nature of the planet remained untouched. There is no man-made pollution there.

Norman Bergrun said that NASA seriously wants to drill into the ice sheet of Neptune and lower the device into the ocean. This operation was planned by 2046, but the timing can be adjusted. So maybe in our lifetime we will see the mysterious inhabitants of other planet.