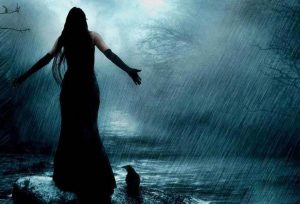 The act of forgiveness is a wonderful thing. Spiritual masters and world religions have emphasized its importance on the path to peace and happiness. Forgiveness can be healing to both mind and spirit, but according to some scientific studies it can actually provide physical benefits.

A recent article from Takepart mentions several studies that show marked improvement in people’s physical health when forgiving others. Quantifiable changes have been noted in test subjects’ heart health, blood pressure, stress hormones and even immunity against disease. Science is now confirming what spirituality has been teaching for ages.

Medical studies involving forgiveness have been around since the 1980’s but mainly focused on the psychological benefits. It has become common knowledge that forgiveness can help heal feelings of anger, resentment and even depression.

However looking at forgiveness from a physiological perspective is relatively new. Seeking to understand how forgiveness influences physical health is gaining both interest and support.

East Carolina University has done several studies regarding forgiveness. One found that people show a significant decrease in blood pressure after forgiving someone who betrayed them. On the flip side, those test subjects who held resentments and didn’t forgive their transgressors did not show improvement in blood pressure readings.

In fact, they showed blood pressure spikes that were associated with “acute, stress-induced, cardiovascular reactivity.” Basically these are indicators associated with hypertension and heart disease.

Another study at the university also concluded that a person’s sleep quality is also influenced by a forgiving nature. Those who forgive tend to sleep better at night, while grudge holders are at greater risk for insomnia.

Furthermore, medical studies have also indicated that forgiveness can ease stress and the physical manifestations of stress. A study by the John Templeton Foundation found that practicing forgiveness can markedly decrease the amount of cortisol or stress hormone within the body.

New York University researchers examined the concept of forgiveness in a study with cardiac patients. They noticed that patients exhibiting an attitude of forgiveness suffered from less anxiety, depression and generalized stress.

Aside from forgiveness being good for heart health, it also proves beneficial for the immune system. Researchers from Duke University performed a study involving HIV patients.

Among their finding was that despite no changes in medication or dosage, those patients who forgave past transgressions showed measurable improvements in their immune status levels. A related study also showed that forgiveness factors into overall mortality rates. It appears that practicing forgiveness can lead to a longer life.

These various research findings are both interesting and encouraging. The art of forgiveness can be beneficial in so many ways. Having the scientific evidence to confirm the spiritual perspective is additional incentive to forgive and forget past transgressions. Forgiveness is good for the heart both literally and figuratively.

A Spiritual Cleansing After A Bad Relationship