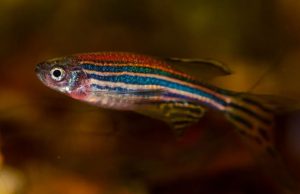 Japanese scientists from the RIKEN Research Institute have identified neurons in the brain of fish that form a mechanism for predicting future events.

According to the SciTechDaily portal, this is an evolutionary advantage that is important for survival.

The researchers built a special aquarium, which was augmented by a virtual reality system, to better track the brain processes of the test zebrafish. The fish were guided in the space of the aquarium by signals generated by artificial intelligence.

“We found that fish in the brain creates something like a map of dangers and risks that lie in wait for them in the process of life. The map that neurons form allows fish to get to a safe place without unnecessary dangers,” said Makio Torigo, lead author of the scientific work.

Torigo explained that special neurons in the fish brain encode errors that occur when the thinking organ tries to model variants of future events.

Pisces compare the real picture with the expected one and make decisions based on the results of this process.

Studying this interesting biological mechanism could help scientists understand the deeper principles of the brain, but there is still a lot of research work ahead.

Data shows US counties with the most UFO sightings