For about a several years now, Le Loyon happens to be an urban legend among the children who play and live near the forests of Maules. He is alleged to wear a gas mask, a boiler suit, and cloak–and once he was sighted holding a bouquet of flowers. 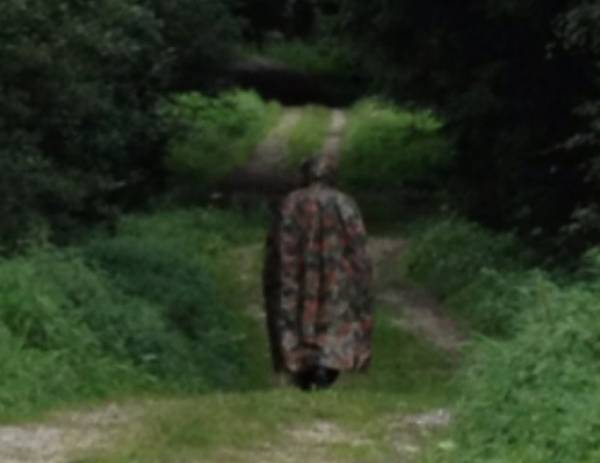 In September of 2013, the first picture of Le Loyon was taken. An amateur photographer sent in the featured image, claiming he was about a dozen meters away. ‘He had a army cape, footwear and an army gas mark – an antique type, I think. He measured more than 1.90m. He stared at me then turned his back on me and left in silence,’ the photographer said.

Is this man a deranged hermit who just wants to be alone? Is it a paranoid survivalist preparing for end times? Or could this actually be a case of paranormal activity? Whoever–whatever–he is, Le Loyan has been terrifying both children and adults in the area for years, so much so that most families avoid the forest altogether.

Who is Le Loyon and what does he want?