Many supernatural films claim to be based on true events or legends. The following films have their basis in actual happenings and allegedly true paranormal events.

The following films, which all take place somewhere in the United States, are based on events that have their roots in a true story or legend. Some, such as the Bell Witch and the Mothman, have been heavily documented.

A Haunting in Connecticut

In the film, A Haunting in Connecticut, the Campbell family move to be near a doctor who can treat their very ill son. They soon discover their new home was once a mortuary, and is haunted by an evil presence.

The movie is based on a real story about the Parker family, who actually did move to Connecticut so their son Paul could have medical treatment. In the basement they found embalming equipment and other clues that their house had once been a mortuary.

After hearing voices and glimpsing ghostly figures, their son became possessed. An exorcism was performed to free the house of evil spirits.

In the movie, John Bell and his family are threatened by an invisible spirit which targets his daughter ,Betsy. The film is based on the legend of the Bell Witch, which originated in Tennessee in the 1800s. 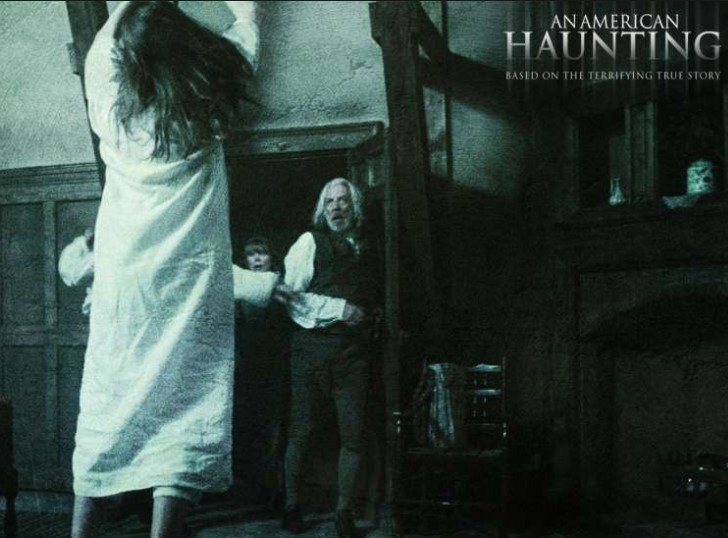 The legend goes that a witch haunted and tormented the Bell family, causing strange noises and assaulting Betsy. The witch also threatened John Bell, who was found dead by poison, a vial of liquid beside him.

It was believed he had been poisoned by the evil spirit, and the U.S. government even went so far as to acknowledge for the first and only time that a supernatural death had occurred. The movie is a take on this true story.

When the Lutz family moved into a large, old house on 112 Ocean Avenue, in Amityville, a suburb of New York, they thought it was a real bargain. But before 28 days had passed, they were packing their bags, frightened away by a series of paranormal events.

The murders were a true event. A little over a year earlier, the house had been the site of a mass murder. Ron Defeo, the eldest son, shot down six family members in the house for unknown reasons. The possession part of the movie, based on a book about the Lutz’s experiences, is believed by some and others regard it as a hoax.

Certainly, the sequels to the Amityville Horror are all made up stories.

After an accident, John Klein’s wife begins to draw strange pictures of a winged, supernatural creature. Two years later, John gets lost and finds himself in Point Pleasant, West Virginia.

There, he hears of and begins to investigate encounters with what they call the Mothman, the same creature his wife had drawn. The Mothman’s appearance is believed to foretell disaster.

The movie is based on the sighting of such a creature in that area which occurred shortly before a bridge over the Ohio River collapsed, causing the death of 46 people.

From the murders in the Amityville horror to the presence of ghosts, poltergeists, and eerie supernatural creatures, the uncanny occurrences which inspired these movies prove that truth is sometimes stranger than fiction.