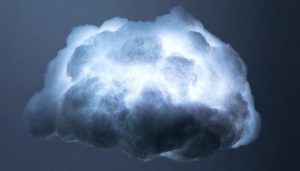 It is reported that the mysterious video (see below) was received at the beginning of this month, but it is not known where exactly it happened. Anyway, unusual shots demonstrate something very strange and interesting.

The sensational video, shot through the windshield of the car, shows the street in the rain, over which a cloud of tiny dimensions hung incredibly low.

In it, bluish electrical discharges flare up every now and then, and the spectacle, it must be said, is truly surreal. According to the known laws of nature, this is simply impossible.

Some Internet users even thought that it was not a thunder cloud at all, but an aircraft of representatives of an extraterrestrial civilization.

Others recalled the theory of intelligent clouds and even suggested that higher powers use cloud formations for some unknown purposes, for example, to demonstrate signs of impending catastrophes.