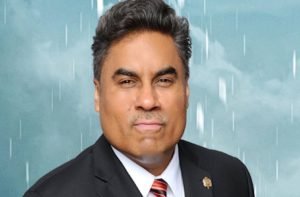 John DeSouza is a retired FBI special agent who has served for 25 years on counterterrorism and paranormal cases.

He has a law degree and held a top-secret security clearance during his career as a federal agent. Now, in an interview with Exopolitics Today, he reveals a possible alien “false flag” invasion.

False flag operations are operations conducted by governments, corporations, individuals or other organizations that appear to be carried out by the enemy in order to take advantage of the resulting consequences.

The name is taken from the military concept of using the enemy’s flag. False flag operations have been carried out in both wartime and peacetime. Having this concept clarified, enters John DeSouza.

He predicts that UFOs will behave more aggressively and this is part of a fake alien invasion scenario that could be unleashed on the world.

Special Agent DeSouza collected and worked on unexplained cases that were used in the hit show “The X-Files.”

He has written several bestselling books and discussed his paranormal cases in presentations around the world.

In his first interview on Exopolitics Today, John DeSouza discusses cases involving extraterrestrial life and UFOs, the mysterious Men in Black phenomenon, the Moon being an artificial structure, the activation and appearance of huge motherships or ‘arks’.