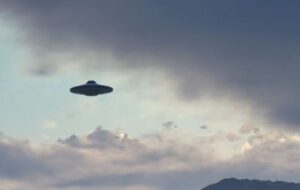 In more than 50 years, the US government may soon establish its first dedicated UFO investigative agency, reports thedebrief.org.

According to sources, a provision in the forthcoming FY 2022 National Defense Authorization Act calls for the creation of a new permanent agency dedicated to investigating Unidentified Aerial Phenomena.

If this goes through, it will be the first time in the United States since Project Blue Book, which operated from 1952 to 1969.

The document’s precise text is as follows:

This action demonstrates that the US government is paying attention to the UFO phenomenon and that those in power believe it is important enough to merit further research.

The new UAP office would be responsible for:

– Developing procedures to synchronize and standardize the collection, reporting, and analysis of incidents regarding unidentified aerial phenomena across the Department of Defense.

– Developing processes and procedures to ensure that such incidents from each military department are reported and incorporated in a centralized repository.

– Establishing procedures to require the timely and consistent reporting of such incidents.

– Evaluating the threat that such incidents present to the United States.

– Coordinating with other departments and agencies of the Federal Government, as appropriate.

– Coordinating with allies and partners of the United States, as appropriate, to better assess the nature and extent of unidentified aerial phenomena.

If the new office is built, it will be fascinating to watch what they come up with.