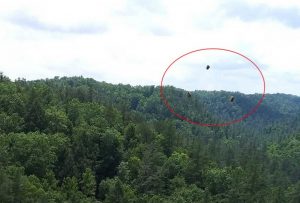 This happened near the Slade community in Powell County, Kentucky, USA. The place is famous for its beautiful landscapes, it is very popular with climbers, who often spend their extreme workouts and competitions in the gorge of the Red River. Numerous tourists also come here.

One of them made this photo, which, as indicated by the Mutual UFO organization, is authenticated and therefore not in doubt as a fact.

As says the photographer who decided to remain anonymous at the time of the shooting he did not notice anything. 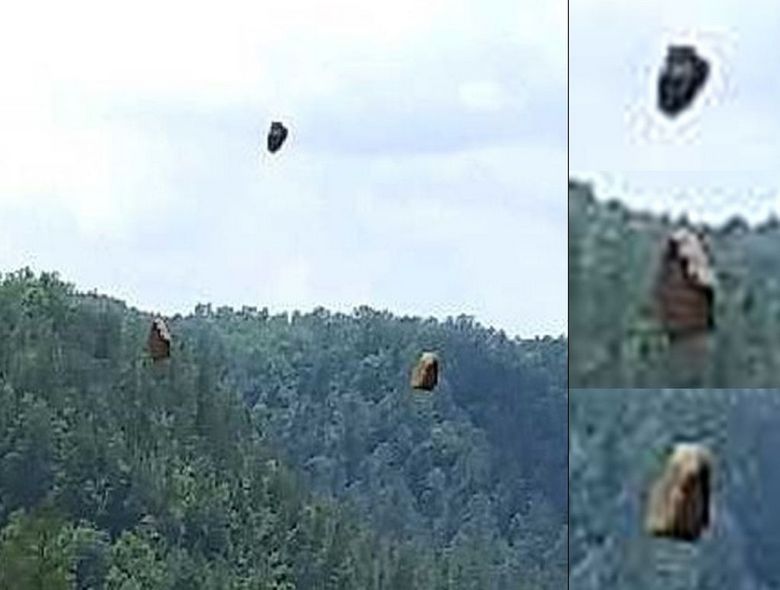 The man was shooting in fast-frame mode. Later, after reviewing the pictures, he noticed an anomaly in only one frame: there were three stones in the background, as if hanging in the air. On the other frames – there is nothing like that.

What it is, no one can say. The Mutual UFO specialists themselves are at a loss because it doesn’t look like a UFO: the “lumps in the air” are clearly formless, as if they were really stones. But how can this be? 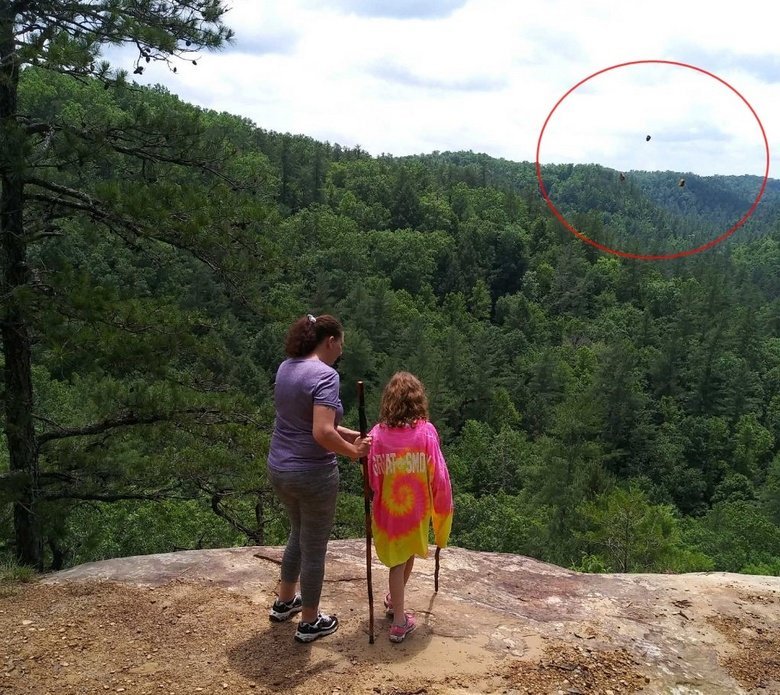 That is why the theory of the matrix in which we live seems the most likely. In this case, everything is explained by the failure in the program. But if this is not a failure in holographic reality, then maybe it is somehow connected in parallel worlds, some users of the Internet assume.

What do you think it is?