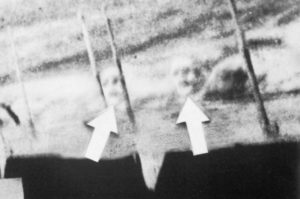 The story of the SS Watertown is an amazing one, and although many would not consider the Watertown to be a ghost ships itself, this story proves to be a haunted one among the crew who sailed on this vessel, and is therefore categorized as one of the most famous ghost ship tales of all time.

While the SS Watertown was sailing in the Pacific in December of 1924, below in a cargo storage, seamen, James Courtney and Michael Meehan were on duty cleaning out an area inside the cargo when tragedy struck.

Neither man knew that they were about to meet with their fate. While toiling away, noxious gases began filling in the cargo as they worked. The crewmen were oblivious to the danger and were soon overcome by the fumes and collapsed where they stood. 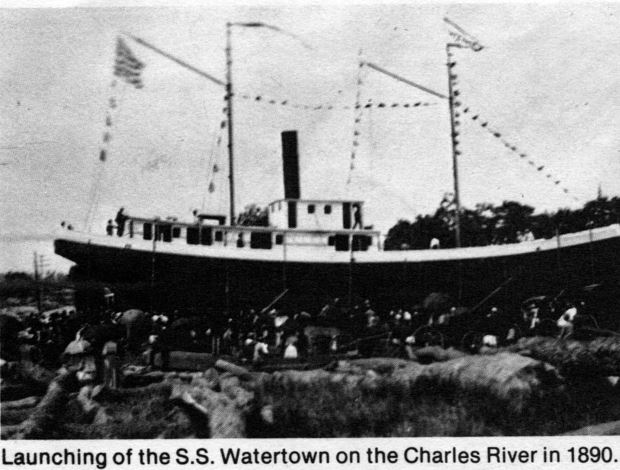 As was tradition, they had a funeral on board the ship on December 4, and the two seamen were laid to rest at sea. But that was not the last time that they would be seen.

Before dusk on the following day, the first mate reported seeing Courtney’s and Meehan’s faces in the waves off of the port side of the ship. They remained in the water for about ten seconds before fading. Other crew members saw the ghostly phenomenon in the ocean’s foam following the ship for the next several days.

When the ship arrived in New Orleans, Captain Keith Tracy reported the strange sightings to his employers. J. S. Patton suggested that he try to photograph the eerie phantom faces.

Amazingly the faces were seen so often that while witnessing the apparitions in the water, one seaman ran to get his camera and snapped a photo of it. He was hoping to be able to capture the ghosts and prove this story was true.

The camera was immediately handed over to Captain Keith Tracy where it was put into a safe. The film was developed when they reached port, and what appeared on film was the unmistakable images of the two men, their faces looking up from the foamy waters beside the ship. They were easily recognizable by the captain and crew of the SS Watertown.

The Burns Detective Agency examined the image of the phantom faces for trickery and found none. There were no more reports of sightings of the sailors’ spectral faces after the SS Watertown’s crew was changed.

The highly respected psychical researcher Hereward Carrington discovered there was no official report about the ghostly phenomena, but found an inaccurate 1934 account of the phantom faces in Services, the City Services Company magazine.

He tried to interview people involved in the incident, but Patton and the first mate had died and Tracy, along with most of the crew at the time, couldn’t be located.

Hereward was able to contact Mr. Storey, the manager of the company’s New York office. Storey told him that a blow-up of the picture had been on public display there.

Carrington found out that the faces appeared occasionally for a few moments and appeared to be stationary. They always remained the same distance from the ship and each other. The larger than life-sized heads maintained the same dimensions.

He read about the SS Watertown’s incidents in a 1957 edition of Fate magazine. There was no photograph accompanying the article. Mann was intrigued. After five years of research, he found a copy of the picture.

He discovered that Captain Tracy and assistant engineer Monroe Atkins attested to the photographs.

After the Burns Detective Agency tested the negative, it was returned to and became the property of the Watertown’s owners. The picture showed the faces in the same position as witnesses described them.

Phantom Faces not an Illusion

Witnesses clearly saw the faces, but they appeared in only one of the six snapshots taken, so they were solid enough to be seen, but not opaque enough to be consistently photographed.

Whatever force that created the phantom images wasn’t strong enough to support their being seen for more than a few moments. It’s evident that the faces weren’t a chance illusion created by the foam because they never varied in size or placement.

Was this their final farewell to the crew or were they unaware that they were no longer living? Who can say for sure, but it seems as though the ghosts of Courtney and Meehan were very much alive, at least in a spirit form somewhere out in the vast watery world of blue.