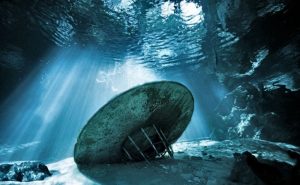 Harvard physicist Avi Loeb has suggested that some interstellar meteorites may be artificial in nature.

Earlier, the US Space Command (USSC) confirmed that the fast-moving fireball that exploded over Papua New Guinea 8 years ago actually originated outside the solar system. This happened even before the discovery of the interstellar wanderer Oumuamua in 2017.

The object could be part of extraterrestrial technology, Loeb said, especially if it came from interstellar space. However, given its small size and the vast area it now occupies, it is not easy to find.

However, Avi Loeb has an answer to this question as well – he suggests using special magnets that could scour the Pacific seabed in search of fragments of interstellar guests.

“Our discovery of an interstellar meteorite opens up a new frontier of research,” he wrote in a recent paper on the subject.

“The fundamental question is, can any interstellar meteorite indicate a composition that is unequivocally artificial in origin? It is possible that some technological components will survive the impact.”

Of course, this question is currently impossible to answer, because the chances of such a possibility seem small, but Loeb hopes to get his hands on this space artifact.

“My dream is to press some buttons on alien equipment made outside of Earth,” the scientist said.

A fireball that blazed through the skies over Papua New Guinea in 2014 was actually a fast-moving object from another star system, according to a recent memo released by the U.S. Space Command (USSC).

The object, a small meteorite measuring just 1.5 feet (0.45 meter) across, slammed into Earth’s atmosphere on Jan. 8, 2014, after traveling through space at more than 130,000 mph (210,000 km/h) — a speed that far exceeds the average velocity of meteors that orbit within the solar system, according to a 2019 study of the object published in the preprint database arXiv.