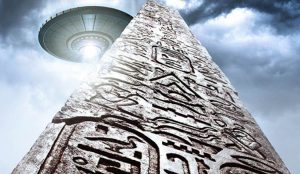 Is there life on other planets? The two most common reactions to this question are fear and fascination.The debate on whether life exists on other planets tends to remain either black or white, yes or absolutely no way!

Many factors must be considered when trying to understand why an individual believes or disbelieves in extraterrestrials; culture, imagination, religion, personal experience.

If those who believe life does, in fact, exist beyond our planet would take a step away from opinion and jump into the field of scientific study, they would, if not convince disbelievers, be able to present facts that would surely cause reasonable doubt.

Evidence of extraterrestrials having come to Earth is found around the world. In 1938, a team of archeologists were checking into caves that had been supposedly man-made. Located near the border of China and Tibet, the caves yielded what would become controversial information and artifacts.

Upon further study it was noted that each of these discs had lines radiating from the center, much like the groove pattern of a vinyl record. Each line consisted of minutely carved symbols. It wasn’t until 1962 that someone was able to decode the messages inscribed on the CD-like discs.

The Dropa Stones, as these discs are called, allegedly tell of a space craft crashing to earth. The inhabitants, unable to repair their ship, adapted to their new world.

The text on the Dropa Stones is a history of the extraterrestrials life on earth. Initially, those who knew of the stones refused to believe what they were hearing. It was impossible, pure science fiction.

Carbon dating, developed by Willard Libby and his team at the University of Chicago in 1949, dated the stones to around 10,000 B. C. The age of the discs along with other unexplainable physical evidence found at the archeological site pointed to a people who were evolved far beyond those inhabiting our planet at that time.

Even with the amount of evidence scientist have gathered on the Dropa Stones, there are still those who refuse to believe this proves visitors from space. They continue to claim it is a hoax and focus only on disproving the theory to the rest of the scientific community.

If the Dropa Stones were the only registered study of in-your-face evidence of Ancient Astronauts being an observable fact and possibly even interacting with peoples throughout the ages, it would be easier to accept the hoax-theory. But these discs are but a spec in the solar system when it comes to evidence supporting these space visitors.

Archeologists and speleologists have found cave art in countries around the world. Some drawings resemble discs with lights or windows while others show what appear to be rays or flames radiating from the craft. 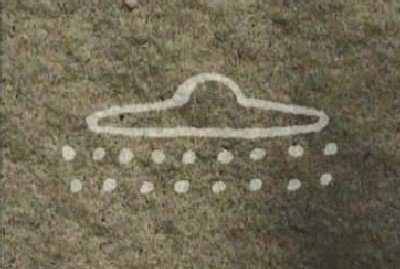 What looks remarkably like a person, or groups of people, are depicted in helmets or what could be space suits or uniforms. Some of these figures had tubes running from the rounded head gear to their clothing much like the oxygen pacts of our present-day astronauts.

Initially, cave drawings were thought to be another of modern man’s attempts to perpetuate and prove the existence of space travelers. But as more and more undeniably similar images were found thousands of miles and centuries apart, this was no longer a plausible explanation and was scientifically discounted.

Cave art suggesting visitors from space is documented and dated on the walls of caves in Australia, France, Spain, Japan, Africa, Tanzania, Egypt, Italy, Mexico, the United States and many other countries. Carbon dating has shown some drawings to be as much as 50,000 years old.

A point of interest to scientists as well as individuals who follow the newest alien research data is the fact that there seems to have been a significantly greater number of drawings found that date between 10,000 B.C and 12,000 B.C. Does this mean our planet was being visited more often during this period of time and, if so, for what reason.

Or, perhaps, there are many more caves yet to be discovered whose walls are etched with thousands of years of extraterrestrial history on earth. And if and when more drawings are discovered, will it answer questions that will unfold the story of the exploration and habitation of our planet?

There is enough research on this and closely related topics to fill large libraries. Included in the research information are one-on-one interviews with people who claim they have had close encounters with alien life forms.

Yet, even with coinciding statements by those involved in the encounters, there are still vast numbers of the earth’s population who refuse to believe these encounters actually occurred. Conspiracy theories and cover-ups by governments explain away the tiny grain of uncertainty in their minds.

Theories, after all, are intangible, easily discounted and subject to personal opinion. Cave art, on the other hand, is physical evidence and lends itself to studied and tested truth.

Another source of tangible proof of alien visitation being factual can be found in the paintings of some of the greater and lesser known artists who have lived throughout the millenniums.

The Madonna with Saint John – Sebastiano Mainardi, “The Baptism of Christ” by Flemish artist Aert De Gelder, 1710, “The Crucifixion”, painted in 1350, “Summer’s Triumph”, a tapestry created in Bruges, in 1538.

Paintings, tapestries and manuscript illustrations exist in galleries and museums around the world.

Carbon-dated cave drawings, art and ancient discs are all part of an immense collection of tangible evidence telling us we are not alone in this vast space filled with worlds we can only imagine.