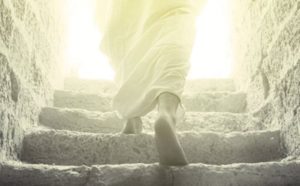 In her book, Elizabeth Lloyd Mayer Ph.D. presents cases of extraordinary psychic power in medical practitioners who have remained silent because of medical skepticism.

In 1991, the daughter of Elizabeth Lloyd Mayer Ph.D., a psychoanalyst and researcher, lost her harp. It was stolen after a Christmas concert. Mayer exhausted all means to locate the instrument—the police, instrument dealers and the media; these avenues produced no results.

On the advice of a friend, she contacted a dowser 2000 miles away. The dowser asked for a map of the city in which the harp was stolen. Within 2 days, he located the instrument.

The incident turned Mayer’s rational world upside down, compelling her to explore the extraordinary knowing of the human mind which eventually became the basis of her book, Extraordinary Knowing: Science, Skepticism, and the Inexplicable Powers of the Human Mind ( New York: Bantam Books, 2007).

What she discovered in almost 20 years of research is that there is an innate connection between man and every aspect of the material world. Mayer concludes that this extraordinary knowing is not anomalous but “downright ordinary”.

Yet many medical and science professionals who have directly experienced this knowing have clammed up about it because they fear ridicule.

Extraordinary Knowing and the Neurosurgeon’s Visions

A neurosurgeon with world-class reputation approached Mayer for help. He had a perfect record in his practice; he had never lost a patient. He had a supremely successful career, a loving marriage and wonderful children; yet he was plagued by crippling headaches that were ruining his life.

During his sessions with Mayer, he revealed that he had given up teaching, which he loved. Maher asked him why he did so. Only through insistent probing did he reveal the truth. He felt he could not teach because his “surgeon’s touch” was so extraordinarily unorthodox.

He found that by visiting his patients prior to surgery, he would receive visions regarding the success of his procedures. He would wait for a white light to appear around his patient’s head. Once this vision appeared, he knew it was safe to operate.

These visions became the guiding posts to his success. Yet he felt torn about teaching this “skill” because it was unscientific and open to ridicule. The dilemma this neurosurgeon experienced with his visions represents a conflict in the medical world.

Another case Mayer noted is that of the late esteemed psychoanalyst and professor of psychiatry at UCLA Medical School.

Since 1960, Robert J. Stoller M.D. had kept track of extraordinary parallels between his own life and the telepathic dreams of his patients who came in for therapy and consultations.

He hesitated to report them because he could find no “respectable explanation” for them. Typically, patients visiting him would report dreams they had over the weekend that would coincidentally parallel events in Stoller’s own life.

Another patient reported dreaming of discovering an initial placed on the still soft cement of a newly built sunken bath. Stoller himself had been inspecting his new house under construction and found an initial etched in the newly installed sunken bath.

He had not told any of his patients that he was building a new home. Stoller kept track of these incidents in a paper entitled “Telepathic Dreams?” which was eventually published by his widow after his death.

Mayer’s research clearly demonstrates this fact: all humans are gifted with extraordinary knowing, even those who are highly skeptical about it. It is a gift that will become extraordinary in the 21st century when medical science eventually gives it the credence it deserves.

Already she has discovered highly credible research in extraordinary knowing being conducted in world-class institutions that will find acceptance in the scientific community.