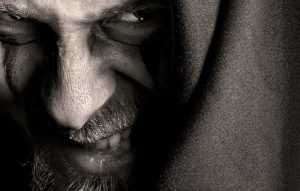 George Lukins was as plain a young man as you could find, twenty six years old, a tailor by profession, and a part time courier to make ends meet. Living in North Somerset he was well known as a friendly and helpful member of the community who could be found at church every Sunday morning, and participating in the Christmas pageant each December.

That all changed when during the pageant of Christmas 1760 an invisible force threw him several feet and he awoke as something more than a plain young man. Introducing the seven demons of the Yatton Daemoniac…

The Yatton Daemoniac as George Lukins would forever be known technically could be considered as possessed, but his was something far more notable, an event which pointed to Lukins’ pre-existing ability to serve as a living lexicon of the demonic.

It’s said that as soon as the very next day George Lukins spoke to a close friend telling her that his body had been taken by seven demons and that the Devil himself was present to guide these demonic beings. Understandably nobody took his statement seriously, but as time went on Lukins would begin to exhibit bizarre symptoms increasing in veracity and number each day.

The first of these was the general lethargy which his movements began to adopt, a sluggish tone to each step or motion. Following that his skin grew pale and the color began to bleed from his eyes until they were almost entirely white, but the most notable were the seizures.

Long before George Lukins began speaking in tongues or with voices other than his own he was writhing as if in pain in frantic movements that would have resembled a seizure if it were not for the giant smile across his face.

Over the next years Lukins was seen by many doctors including an eminent surgeon from Wrington. None of these could determine a medical condition that would account for all symptoms, although the rare condition of Sydenham’s chorea was eventually decided upon as the only possibility. 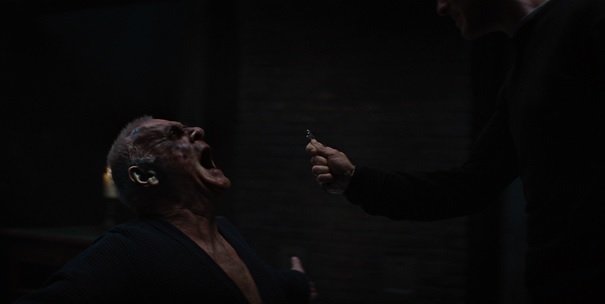 His time at St George’s Hospital did not last long as it was obvious that the initial diagnoses of Sydenham’s chorea couldn’t possibly be correct. By this time approximately twelve years had passed since George Lukins was first struck at the Christmas pageant, and it’s around this time that the true diagnoses of possession became impossible to ignore.

Upon Lukins’ return home to North Somerset the voices became stronger and more clearly audible, at times singing in strange sounds reminiscent of a language but matching none. It would later be discovered that what he was singing was in fact all two hundred words of the Te Deum in its original Latin, inverted, meaning the Latin words placed in reverse order with each word pronounced backward. George Lukins did not speak Latin.

In 1778, eighteen years after that Christmas pageant a woman named Sarah Barber traveled through North Somerset and while there took an interest in what must have looked to all else like the village mad-man. Between his fits, and between the singing Lukins managed to tell her the same account he told eighteen years ago, that he was the vessel of seven powerful demons guided by the Devil himself.

However; he also explained that only the power of the Trinity invoked by seven men of God could end his torments. He explained this while telling Mrs. Barber that it must never be done. Presumably he then went back to singing the entire Te Deum in reverse.

I can only imagine what an unsettling seen it must have been, but none-the-less Mrs. Barber did not heed the warning and instead called upon The Rev. Joseph Easterbrook.

It’s important to stop here for a moment and explain just what a “deamoniac” truly is. One known as a daemoniac is spoken about in the earliest verses of the bible as something far different than one possessed and influenced by demonic powers.

“In the daemoniac his personality seems to be destroyed, and his actions, words, and even thoughts to be overborne by the evil spirit on its path for the kingdom of man”. They were not vessels but rather gateways for demonic entities. George Lukins was not possessed in the traditional sense so much as he had stopped the entities from traveling through him.

You may understand now why Lukins was adamant that the seven demons stay where they are.

Rev. Joseph Easterbrook found his six men of God, which along with himself decided upon the Trinitarian rites and had George Lukins brought to Temple Church in Bristol. On Friday the 13th of June 1778 the seven clergymen began their exorcism of Mr. Lukins in the attached vestry of Temple Church. A strange choice of location, but perhaps they too felt an inkling of what was about to occur.

Upon beginning the rites George Lukins calmed and spoke in a powerful voice not previously heard as one of the seven demons. That voice spoke directly to the clergymen and stated that the torment of George Lukins would be a thousand times worse for trying such a foolish attempt as an exorcism.

The last portion of this story tells that with the words “in the name of the Father, and of the Son, and of the Holy Spirit” George Lukins was freed of his torments. His demeanor was described as calm and happy. He thanked the clergymen, exclaimed “Blessed Jesus!”, and then began laughing.

The case garnered considerable attention from the press, the scientific community, and the church. It was written about in many books, but no mention is ever made of what became of George Lukins after that Friday the 13th. It seems from the immediate description that the torments, the seizures and speaking in tongues were all gone, but the question is, does that mean the demons were gone?