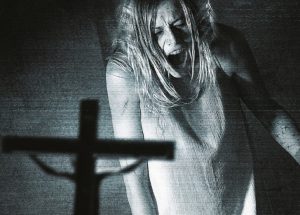 The results of a survey conducted among Catholic exorcists showed that they are overwhelmed by the huge number of potentially possessed people turning to them for help, so much so that priests ask the church to help them, reports abcnews4.com.

A disturbing trend emerged during the annual conference of priests who specialize in the practice of exorcism from unfortunate people.

Speaking to researchers at the Pontifical Athenaeum Regina Apostolorum, the Catholic Church’s educational institute, the 120 exorcists who attended the event expressed serious concern about how they would cope with the sheer volume of cases of possession they currently face. Some of them said that they receive 30 to 50 such messages a day.

In the face of such a monstrous amount of work, the exorcists called on the Catholic Church to provide them with additional resources, in particular, to provide them with the services of psychologists to determine whether a person is really possessed or suffering from a mental illness.

One priest who encountered this problem described how he was forced to bring in such a specialist himself when the young woman’s parents disagreed about what led her to attack a group of monks and hurl insults at them in Latin.

He noted that it was eventually determined that the woman was possessed and she was freed from the demon after an arduous nine-hour exorcism.

The exorcists have also expressed dissatisfaction with having to perform the ritual for those who are sick with COVID-19, as it puts their own health at risk.

Why exactly so many people turn to this practice is unknown. We hope that by going public with their problems, the exorcists will be able to get the help they need from the Catholic Church, because they are, after all, a kind of front line in the battle between good and evil.