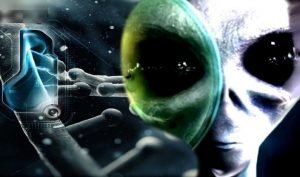 The question of extraterrestrial consciousness in human life has taken a new turn in the 21st century. Once debunked and discredited, theories of human encounters with alien cultures have taken a new turn: they are now receiving serious attention from major scientific and research establishments.

In his book Life Itself: It Origins and Nature (1981), Dr. Francis Crick, Nobel Prize winner and founder of the human DNA molecule, explicitly claims that man was “seeded” by an advanced extraterrestrial civilization.

More recently, Professor Sam Chang, head of a group of researchers working on The Human Genome Project, indicates that current research strongly suggests that Junk DNA which constitutes 97% non-coding sequences in the human DNA may have extraterrestrial origins.

The codes of Junk DNA have been found to be so sophisticated and self-sufficient that Professor Change claims the coding program could not have been written by humans. Genes by themselves, claims Professor Chang are insufficient to explain human evolution.

Support for this idea is overwhelming. Dr. Michael E. Salla, author of Exo-Politics: The Political Implications of Extraterrestrial Presence (2004) claims that various research institutions and agencies have known of extraterrestrial encounters with humans, a fact corroborated by several “whistleblowers” of the US Military who were directly involved with these operations.

Reclaiming the Spirituality of Cosmic Good

Exo-scientists state that part of man’s evolutionary incentive is reclaiming the spirituality of cosmic good. Extraterrestrials from various star systems have contacted earth with the message that humanity needs to evolve into higher consciousness based on love and cosmic harmony, rather than on economic systems of self- profit and greed.

Rebecca Hardcastle PhD, who coined the term “exoconsciousness,” claims that it is time man acknowledges his extraterrestrial heritage and uses it to find solutions for earth threatened by global disunity and disasters.

Hardcastle, a pioneer in paranormal experience and research, coined the term “exoconsciousness” because she saw a need for a new term to describe extraterrestrial consciousness in human experience without the usual bias of abnormality.

The prefix “para” from paranormal means “beyond,” with a strong suggestion of irregularity and faultiness. For years, extraterrestrial experiences carried the stigma of mental illness.

The fact that new research has uncovered extraterrestrial origins in man’s genetic makeup has necessitated the coining of a new term to encompass the reality of expanded human abilities. The human capacity for this new spirituality is part of man’s evolution towards a global and inter-galactic consciousness.

Evidence of extraterrestrial origins of human life and extraterrestrial dimensions in human DNA have necessitated the redefinition of man’s paranormal experiences. The coining of a new term, exoconsciousness, is a measure of man’s spiritual evolution.

Are We Created By An Artificial Intelligence Civilization From The Future?