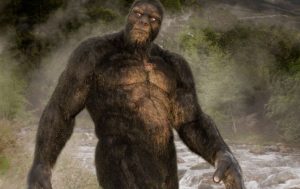 In the US state of Louisiana, researchers have made a bizarre discovery – a mass grave with the remains of huge humanoid creatures.

Specialists from the Smithsonian Institute are already studying the unusual burial, and in parallel, conspiracy theorists are creating theories related to Bigfoot.

According to the Daily Star, this mass grave attracted a lot of attention from locals because of the size of the humanoid creatures buried in it – they are 12 feet tall.

This significantly exceeds not only the average figures of people all over the planet, but even the dimensions of the tallest recorded person in history named Robert Wadlow, who was 8.9 feet tall.

It is still unclear whose remains were found in the grave. While scientists do not comment on the find, fans of conspiracy theories said that they belong to the giants who inhabited modern Louisiana in ancient times.

The article stated that “several score, at least, of the skeletons” were found and that they “lie in various positions”.

It continued: “It is believed they were killed in a pre-historic fight and that the bodies lay where they fell until covered with alluvial deposits due to the flooding of the Mississippi River.

“So far there has been no scientific examination of the bones, but a number of them were brought here and it seems there is little doubt of the accuracy of the measurements.”

But even Bigfoot believers were doubtful of where the bones came from, or where they were currently.

Taking to Reddit, one Bigfoot believer but sceptic of the history museums said: “Let me guess, the Smithsonian swooped in to save the day and do extensive studies on what is regularly reported to be giant humanoids. Never to be seen again.”