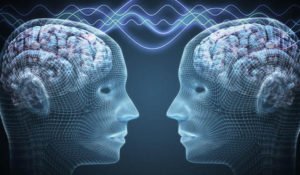 “As the 21st century draws nearer, we can see that society’s materialistic values, fostered in many respects by modern science and technology, have become outdated and unworthy. It is clear that we have come to another turning point in history and science.

What we require to meet the challenges of these unpredictable and confusing times is a new paradigm to guide a new age. I believe that the key to this new paradigm lies in the research of biological, mental, and spiritual phenomena such as “Qi” and other psychic powers that have been overlooked by modern scientists…

I think that the results of my research could help bring about a significant revolution that might force our materialistic society to turn around, and concurrently reform the ways of modern science and technology.”

The captivatingly improbable story bears the distinct flavor of an urban legend: a giant global corporation quietly conducts intensive research into ESP and paranormal abilities, while keeping its efforts heavily shrouded in secrecy.

But this is no myth. The covert challenger of the unknown in this scenario is the Sony Corporation, which funded a seven-year project exploring psychic phenomena. And just to make it a perfect parable of conspiratorial folly in the techno-industrial complex, Sony claims to have proven that ESP exists, yet they shut down the psychic studies program… because they couldn’t figure out a way to make a buck off it.

For years it has been reported that Sony was involved in some sort of psychic research, but the details have been few and poorly corroborated.

The company plainly took deliberate measures to maintain low-key status for this most unconventional R&D unit, so that the average consumer would have no idea what strangeness might be unfolding at the home of the Discman and the PlayStation. Although more specifics are surfacing now that the program has ended, the full scope and substance of Sony’s adventures in ESP remains unknown.

The founder and former director of the Sony psi labs is researcher Yoichiro Sako. With a background in mathematics and computer science, Sako first worked in a variety of multimedia and artificial intelligence departments at Sony.

After establishing himself at the company, Sako began to pursue a personal interest in paranormal matters from within the bureaucratic corporate structure, like Sony’s answer to Fox Mulder.

In 1990, Sony allowed Sako to head up a study on scientific evidence for the biological energy known as qi, which is an integral part of many Eastern spiritual beliefs. Sako’s proposal might never have been approved were it not for the support of Sony co-founder Masaru Ibuka, who is a firm believer in the principles of qi energy. 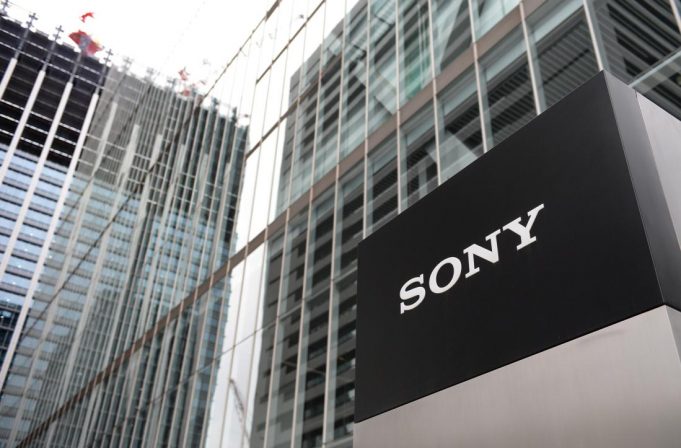 The following year Sako was granted his own laboratory devoted to paranormal investigations, which was code-named ESPER (Extrasensory Perception and Excitation Research). Staffed with a small team of five researchers, Sako’s program covered a wide range of phenomena, including telepathy, remote viewing, synchronicity, the practice of qi gong, the nature of consciousness, and undoubtedly much, much more.

But Sony made no announcements of its entry into a bold new field of research, and remained virtually silent on the subject of ESPER through the first several years of its existence.

The company’s first public acknowledgement of Sako’s psi lab came in 1995, in the aftermath of the nerve gas attacks in Japan’s subways. Public anxieties over the occult activities of the Aum Shinri Kyo terrorist organization forced Sony to speak out on its rumored dabblings in the supernatural.

“Sako’s main interest is in pushing on the boundaries and definitions that shackle traditional science,” Sony executive Mika Ishida told Wired magazine in 1996. “There might be a new type of communication system out there, a system that transmits data through mediums we’ve never before considered. We don’t know, but we’re trying to find out.”

Sony’s efforts to put a positive spin on ESPER were fairly successful, with the Japanese media stirring up a sensational wave of interest in the corporation’s psychic laboratory, and the public responding mostly favorably. But the program also drew its share of condemnations, and among the harshest critics were dismayed executives and employees at Sony itself.

ESPER continued operations for several more years under extensive confidentiality, until Sony announced in July 1998 that the laboratory had been closed down. Only then did Sony make an official statement on the findings of the program.

Quite casually and without pomp or circumstance, Sony issued the claim that its psi labs had verified the existence of psychic abilities. But there was one little problem: the company couldn’t come up with any way to turn this incredible breakthrough into something marketable.

“We found out experimentally that yes, ESP exists, but that any practical application of this knowledge is not likely in the foreseeable future,” Sony spokesman Masanobu Sakaguchi said in the South China Morning Post.

It seems almost like a parody of short-sighted corporate bloodthirst for profits, but there may be more to the story than that. Perhaps not coincidentally, Masaru Ibuka, the Sony founding father who blessed the founding of ESPER, died in late 1997. Some reports have speculated that Sony executives may have gladly brushed away the eccentric department once its powerful patron was out of the picture.

And what of Sony’s “proof” that ESP is real? Details have emerged on two allegedly conclusive experiments that Sako’s laboratory performed. One was a test of the remote-viewing type. Sako says that he would draw pictures or write words on a small square of paper, which he folded and tightly crumpled up. 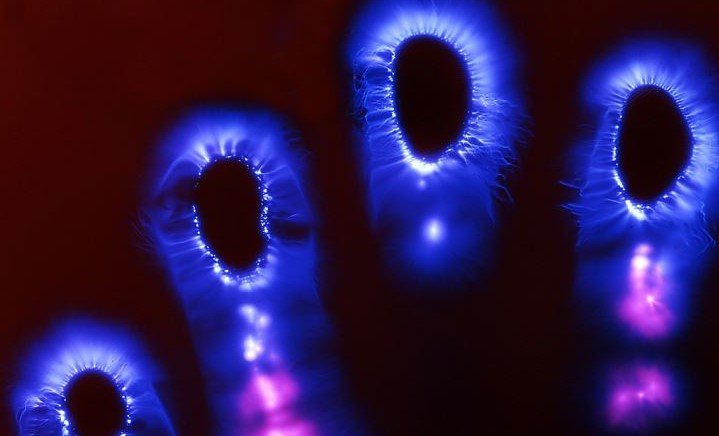 Then he would let test subjects make physical contact with the wadded paper, either placing it between their fingers or, bizarrely, sticking it into their ear. The subjects concentrated and drew or wrote down what they believed they could “see” on the concealed paper.

Over the course of 35 trials, Sako claims that the rate of “recognition” was an unbelievable 97.1 percent. The definition of the term “recognition” in the test is not certain, but there was apparently some degree of allowance for drawings that were judged as “close” to matching the target.

Sako describes 18 of the test responses as perfect matches, some of which can be seen in the chart on this page.

How could such amazingly accurate matches be possible if not by means of ESP? It may be instructive to note that the test subjects’ success rate plummeted when the wadded-up target images were placed inside an envelope. Some might call this evidence of psychic powers embedded in the tactile sense; others would call it evidence of cheating.

Another test at Sony’s psi labs studied the mystical healing arts of qi gong. A qi gong practitioner would attempt to project qi energy into one of two side-by-side glasses of water. Then a second qi gong expert would attempt to determine which glass of water contained the imbued energy.

Over an unspecified number of trials, the subjects reportedly named the correct glass at a rate of 70 percent. This is a statistically significant result. But without further documentation of the experiment protocol and the controls followed, it is impossible to declare it proof of a supernatural event.

Its vaunted evidence of ESP may be lacking, but the the fact that a Sony psychic center actually existed is a highly weird true phenomenon in its own right.

The full story behind the ESPER lab remains to be told, and it may hold some further big surprises. Who knows, maybe the lab’s shutdown is all an insidious ploy of misdirection, and Sony will one day unveil a portable Psychman mind-reading device, or a TV set equipped with telepathic remote control.