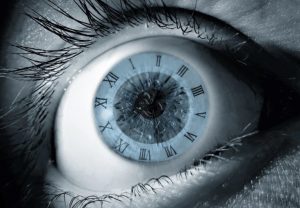 The brain does not update a person’s vision in real-time. Scientists have found that we see only pictures that the eye recorded 15 seconds ago.

If we saw everything at once without delay, then it would seem to a person that he is hallucinating. Therefore, our brain “updates” the pictures gradually, with a slight delay.

The mechanism our brain uses is called the field of continuity. It allows us to feel stability in everything that happens around.

If the brain updated the pictures received by the organ of vision in real time, then the world would seem to a person an extremely restless place, where objects are constantly moving, shadows and light are changing. The effect would be comparable to a hallucination.

To protect our peace of mind, the brain shows us what happened a little earlier. Scientists compare it to an app that shows updated data every 15 seconds.

Initially, specialists from the University of California were busy studying the question of why a person does not notice minor visual changes over time.

To implement the plan, scientists invited about 100 people, and for 30 seconds they showed them close-ups of people’s faces. To prevent the participants from seeing obvious differences, no hair on the head and face was visible in the image.

The volunteers could only distinguish the people on display by their eyes, eyebrows, cheeks, chin, nose and mouth.

After half a minute, people were asked to find the face they had last seen. It turned out that almost all participants chose the image that was shown to them in the middle of the video, and not at the end.

Thus, it can be recognized that in this regard, the human brain works more slowly.

What the brain is essentially doing is procrastinating. It’s too much work to constantly deal with every single snapshot it receives, so the brain sticks to the past because the past is a good predictor of the present. Basically we recycle information from the past because it’s more efficient, faster and less work.