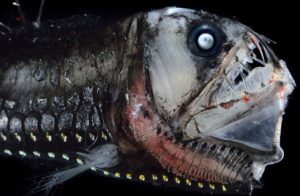 Large-scale sequencing of eukaryotic DNA collected from deep ocean sediments has shown that modern science knows nothing about about sixty percent of the inhabitants of the seabed.

This was announced by the authors of a new study organized by specialists from the Norwegian Research Center, the University of Geneva, the Bjerknes Center for Climate Research, CNRS / Genoscope and IFREMER.

The deep-sea regions of the ocean floor is a “black box” into which researchers rarely manage to look.

A new project that has been sequencing eukaryotic DNA from deep-sea sediments has shown that biodiversity on the ocean floor is beyond scientists’ expectations.

“The results of our work showed that about two-thirds of the biodiversity found on the ocean floor cannot be attributed to any of the groups known to science. This indicates a huge gap in our knowledge of biological diversity on the ocean floor,” the authors of the scientific work say.

Deep-sea biodiversity, as scientists emphasize in the pages of Science Advances, is very closely linked to the global carbon cycle.

Accordingly, its study will allow us to understand how life on the ocean floor can regulate the global climate of the planet.