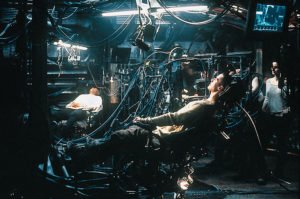 What if we told you that there’s no real world in which you live? It might sound like a concept straight out of Keanu Reeves ‘ favorite science fiction ‘ The Matrix,’ but according to some of the top minds of the world, the idea that we live in a sophisticated computer simulation is not only possible, it may actually be more likely than the idea that we live in the real world.

In a recent interview with Joe Rogan ‘s popular podcast, ” The Joe Rogan Experience,” SpaceX CEO and technology entrepreneur Elon Musk reiterated his belief that we are more likely than not to live in a simulated universe.

“If you assume any improvement rate at all, games will be impossible to distinguish from reality or civilization will end. One of two things will happen,” he said. “We are most likely in a simulation, therefore, because we exist.”

Why do we choose to build and exist in a simulated reality? Maybe the artificial world we live in is simply much more engaging and interesting than any real ‘reality’. There can even be simulated universes in other simulated universes-resulting in a ‘beginning’-like scenario in which we live in a whole series of nested realities.

Then again, it may be the “real” universe in which we live after all.