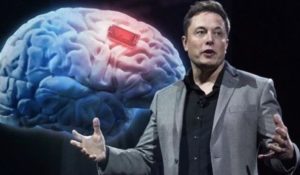 SpaceX and Tesla CEO Elon Musk has strong feelings when it comes to our destiny as a civilization.

During an interview at The Wall Street Journal’s Executive Council Summit on Monday, Musk warned that letting people live longer – or supposedly forever – with new technology could be a really bad idea.

“It’s important for us to die, because in most cases people don’t change their minds, they just die,” Musk said at the event.

“If you live forever, we can become a very fixated society in which new ideas cannot succeed.”

Musk also added that he “is not aware of any secret anti-aging technology.”

His ideas shouldn’t shock anyone. Musk is a man of ideas who has benefited immensely from driving innovation and change – for better or worse. There is no place for rigid and outdated thinking in his world.

This also explains his constant attempts to counter the American regulators, which are increasingly monitoring his activities. The news also comes after he called for an “age limit” for US government leaders earlier this month.

Musk, a 50-year-old father of six, also said at the event that the “rapid decline in fertility” on a global scale is “one of the greatest risks to civilization.”

In other words, allowing people to live longer would lead to a rapidly aging population, leading to further declines in fertility as fewer people can have children.

This is not the first time Musk has warned that population decline will ultimately be the cause of our downfall. Earlier this year, he nailed his fellow space company billionaire Jeff Bezos for investing millions in a mysterious research startup in Silicon Valley.

For all the disagreement and frivolous comments in the past, Musk’s warnings are not entirely wrong. Fertility rates are indeed declining globally – and COVID-19 has only exacerbated this trend.

Even China, the most populous country in the world, has faced plummeting birth rates, which has left leaders sounding the alarm.

Given that demographics in most countries of the world tend to age, humanity may indeed be on the verge of decline, which, according to experts, could begin even before 2100.

But whether this is so bad remains to be seen. The economic implications of a shrinking workforce may be obvious, but given the enormous damage our species is doing to our planet, it might not be all that bad.