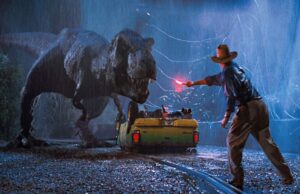 Neuralink co-founder Max Hodak claims that the company he founded with Elon Musk has the technology to create a real-life version of Jurassic Park.

Max Hodak made a bold statement on Twitter that if they wanted to, they could build Jurassic Park. However, he does not specify how a neurotech company could recreate dinosaurs similar to prehistoric counterparts.

Hodak also said that these dinosaurs would not be genetically authentic to real dinosaurs. He believes that 15 years of breeding and genetic engineering would allow for exotic new species of animals, as well as increase the biodiversity of creatures.

“We could probably build Jurassic Park if we wanted to,” Max Hodak tweeted Saturday. “Wouldn’t be genetically authentic dinosaurs but [shrugging emoji]. Maybe 15 years of breeding + engineering to get super exotic novel species.”

“Biodiversity (antifragility) is definitely valuable; conservation is important and makes sense,” Hodak tweeted. “But why do we stop there? Why don’t we more intentionally try to generate novel diversity?”

Experts believe that regardless of whether colleague Elon Musk can resurrect prehistoric creatures or not, his company continues to make strides in other areas of technological progress.

Today, an asteroid will make one of the closest approaches to Earth