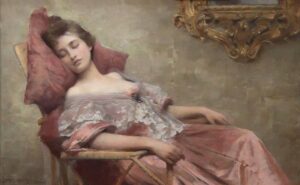 Ellen Sadler was born in March, 1859, and is the tenth of a family of twelve, the last twins. Her father had been dead some years ; and the mother has married again-which accounts for the difference in the names.

When a very young child, her mother states that she was very thoughtful, and not inclined ‘to join in the more boisterous sports of her youthful companions. She would sit by the fireside for hours, apparently thinking.

She was a good girl-attended and loved the Sunday school-had a very great reverence for all things sacred-particularly the Bible. Like all the children of the labouring class, she was sent away to earn something.

Her destination was Marlow, where she had the charge of two little children. After she had been there for some time she complained of her head, and her mistress sent her home. She was sent to the local hospital, and it was found that an abscess was forming on the back of the head, near the nape of the neck.

Two days after her release from hospital, on March 17, 1871, she suffered a series of gran-mal seizures and fell into a deep sleep from which she could not be roused.

“The mother’s narrative is that she told the little girl to pray, and that they prayed together—the child rocking herself to and from with her hands clasped, gradually losing command over herself and growing more and more convulsed, her eyes rolling wildly and her limbs twitching. 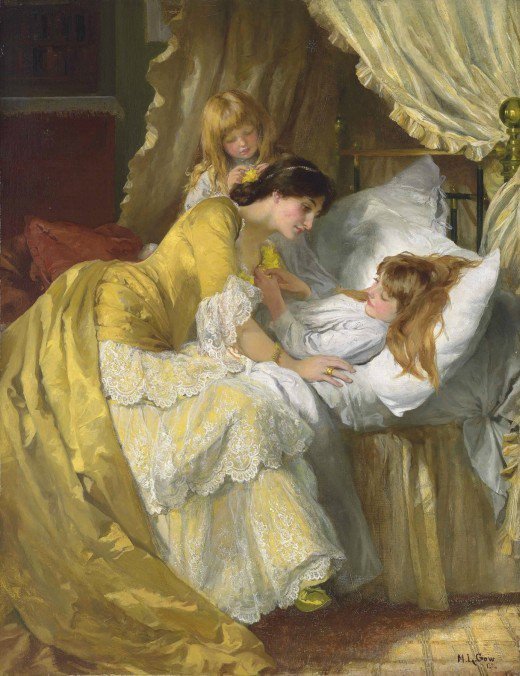 “When [Dr Hayman] arrived, to use her expression ‘the child was fixen down.’ That is to say, she had sunk into a state of insensibility, in which she now remains”, a journalist recounts Ann Frewen’s tale of the night Ellen fell ill.

Her mother, Anne Frewen – widowed by the death of her husband, Ellen’s father, when Ellen was a toddler – called for local doctor Henry Hayman, who was at a loss to explain the little girl’s condition.

As the days and weeks went by, with Ellen asleep in a seizure-induced fetal position, word of her plight reached the press and the Sadler home (now known as “Sleepy Cottage”) became an attraction for medical practitioners, reporters, and curiosity seekers alike.

Many descriptions of the girl’s condition exist, due in part to the 19th century media circus; such as this from Bucks Free Press:

“Her breathing was regular and natural, the skin soft and the body warm, as in a healthy subject; the pulse rather fast. The hands were small and thin, but the fingers quite flexible; the body somewhat emaciated; the feet and legs like those of a dead child, almost ice cold …

“The aspect of her features was pleasant, more so than might be expected under the circumstances … her eyes and cheeks were sunken, and the appearance was that of death … but although there was no colour on her cheeks, the paleness was not that heavy hue which betokens death.”

A correspondent from The Daily Telegraph visited Ellen about 22 months after she fell ill. He wrote:

“The girl’s face is by no means cadaverous. There is flesh on the cheeks, which have a pinkish tint, and there is some colour in the thin lips. The eyes are calmly closed, as though in healthy sleep. I ventured to raise one of the lids and touch the eye beneath … but there was not even a quivering of the eyelash.

“… The girl’s [hand] was quite warm and moist, and the finger nails were neatly trimmed. The fingers are not the least bit stiffened … It is not a skeleton hand, neither are any of the girl’s limbs so emaciated as, under the extraordinary circumstances alleged, might be expected. … The child’s body is very thin as compared with her limbs. … There is not much substance in her flesh, however; it is soft and flabby … [Her feet were] almost ice-cold. …

“As regards the child’s breathing, it is so feeble that it is almost impossible to detect it; you cannot feel it by holding the cheek to her mouth, and the only faintest flutter is felt when the hand is laid over the region of the heart.”

Several months later, Ellen became a tourist attraction for the village, and her family made considerable money from visitors’ donations. As the years progressed with no sign of Ellen’s waking, speculation grew that her illness was either a hoax or caused by her mother, an issue that was never resolved.

Her mother, Anne Frewen died in May 1880, leaving her sleeping daughter to be cared for by her two married sisters. However, five months later Ellen mysteriously awoke and was fully recovered by November of the same year.

This miracle recovery further fuelled the skeptics, who claimed that Anne had either been hoaxing the entire illness or that she was suffering from Münchausen Syndrome and had deliberately exaggerated and exacerbated Ellen’s condition – possibly with poison – which obviously ended when Anne passed away, leaving Ellen the opportunity to recover.

In late 1880, soon after her mother’s death, Ellen awoke, she had “fully recovered”. By this time, Ellen was twenty-one and claimed to remember nothing of the previous nine years. She otherwise suffered few long-term effects, save for slightly stunted growth and a “weak eye”.

She later married and had at least five children.

No clear cause has ever been ascribed for Ellen’s condition; modern diagnoses might include narcolepsy, or deliberate drugging, and the possibility that it was a hoax cannot be discounted.

The Tombstone of Nancy Luce – The Chicken Lady

The Mystery of the Taman Shud Case