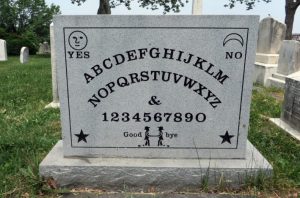 Elijah Bond was an American lawyer and inventor, best known for inventing the Ouija board, for which he filed for a United States patent on May 28, 1890, and which was granted on February 10, 1891.

When he passed away on April 14th, 1921 at the age of 74 from a “stroke of paralysis” he was laid to rest in an unmarked grave at the Green Mount Cemetery in Baltimore, along with his wife, her family and son and grandchild… Despite the rest of his family being interred In Trinity Church Cemetery in Dorsey Maryland.

After a fifteen year hunt for Elijah Bonds burial site, paranormal enthusiast, historian and Ouija board collector Robert Murch, finally managed to locate the precise location of Bonds interment in 2007. 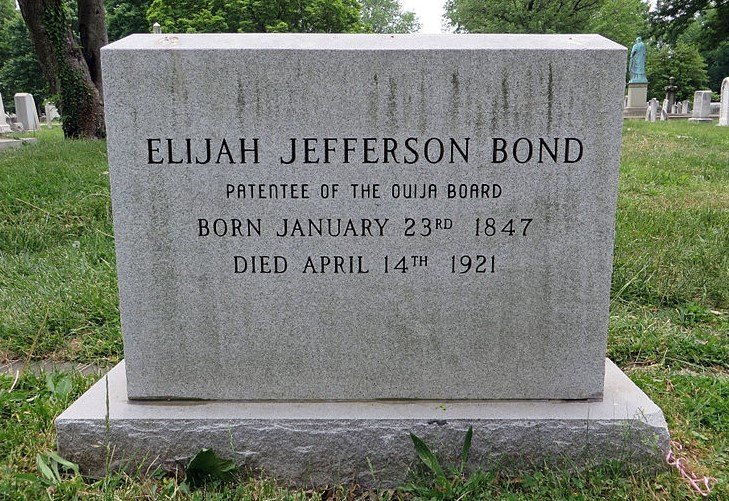 Tegeler Monuments agreed to take on the project and began crafting Bond’s headstone while Murch raised the necessary funds to pay for the memorial, which bears the traditional name, birth and death dates on one side, and a replication of an Ouija Board carved into the other.

The unique tombstone of Elija Bond, the inventor of the Ouija board can be located at the Green Mount Cemetery in Baltimore, Maryland, USA.