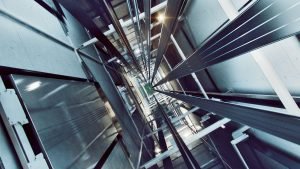 This story was told on the Reddit few years ago and is still one of the most famous and popular there in the “Glitch in the Matrix” subreddit.

What does it mean when you glitch in The Matrix? A phrase first coined in the 1999 film The Matrix—which posited the idea that humanity is living in a giant computer simulation—over the years a “glitch in the matrix” has become shorthand for an example of an unusual occurrence that cannot logically be explained.

The photos in the article belong to the author of the story and were posted by her in the same post.

The author of the story is a young woman named Sidney Daniel. A mysterious incident happened to her in 2001 when she was 8 years old. Then she, along with her mother, brother, aunt and grandmother, went to Chicago to see the skeleton of a dinosaur named Sue.

“This happened when I was about 8 in 2001. My mom, brother, aunt and grandma had all traveled to Chicago to see Dinosaur Sue. We had been staying in a hotel nearby for about 5 days. It was very upscale, new, and overall very nice.

“Those entire 5 days, my mom would let me run ahead to the elevator when returning to our room from swimming, getting ice, etc, and let me ride up alone, since our room was right to the left of the elevator when you got off, and my grandma would always have the door cracked.

“So, one day, on the way back from the pool, literally just got out (wet hair, suit, towel), I did the same, ran ahead and entered the elevator. Pressed the button for the 7th floor. There is only one elevator in this hotel. Once I got to the 7th floor, which I knew by the signs outside the elevator, I went to the second door to the left, like I had maybe 20 times before that week. I knocked and knocked. Nothing. 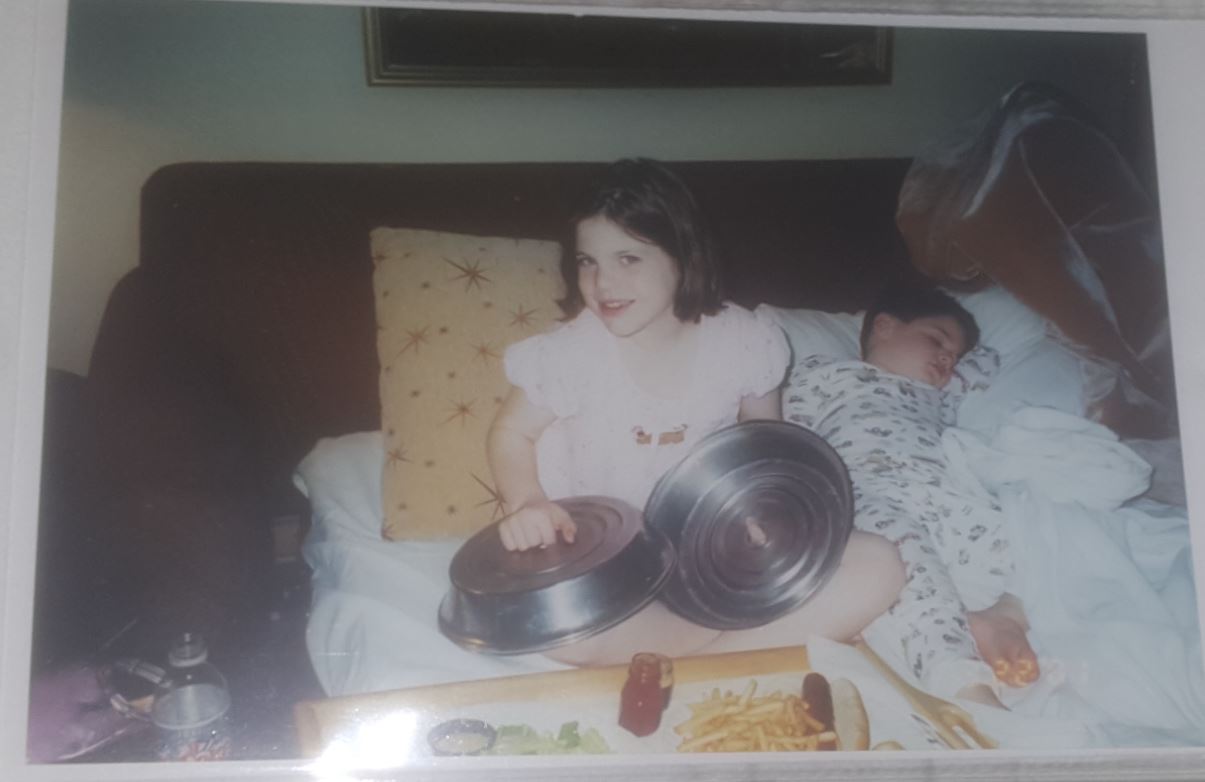 “I remember becoming weirdly “alarmed” at this point. Best way I can describe it. Even though I was smart enough to know I could always just return to the lobby, or that my mom would be arriving shortly. So While wondering why my grandma wasn’t answering the door, I returned the few feet to the elevator.

“And waited for my mom and brother. I saw on the display that the elevator was arriving on floor 7, the floor I was on. WHICH WAS CLEARLY WRITTEN ON THE SIGN. I see the light and hear the elevator ding. The doors open, empty.

“At this point, I just FEEL something is VERY off, and return to the door, knocking and crying now, getting cold because I am still very wet from the pool. Finally after no more than 1 minute, a very old woman answers the door and says, “Dear, I told you already yesterday, this is not your room.”

“I had NEVER been there yesterday. She then said, “It will be fine. I am very sorry, but I am on the phone with my son. Give it a few more minutes, your mother is coming.” And freaking closed the door!! I was shocked hahah I knew I was cute. And how could anyone close the door on a crying kid who lost their mother, especially a woman who seemed like the caring grandmother type!!

“Almost immediately after she closed the door, the elevator opened, and my mom ran out crying and grabbed me. She was saying, “oh honey, where were you!?!?!? I have never been so worried.” She then went to open the door. Not our room. She was stunned. The whole time i’m trying to explain I had been here. And my timeline of events had only been about 5 minutes. 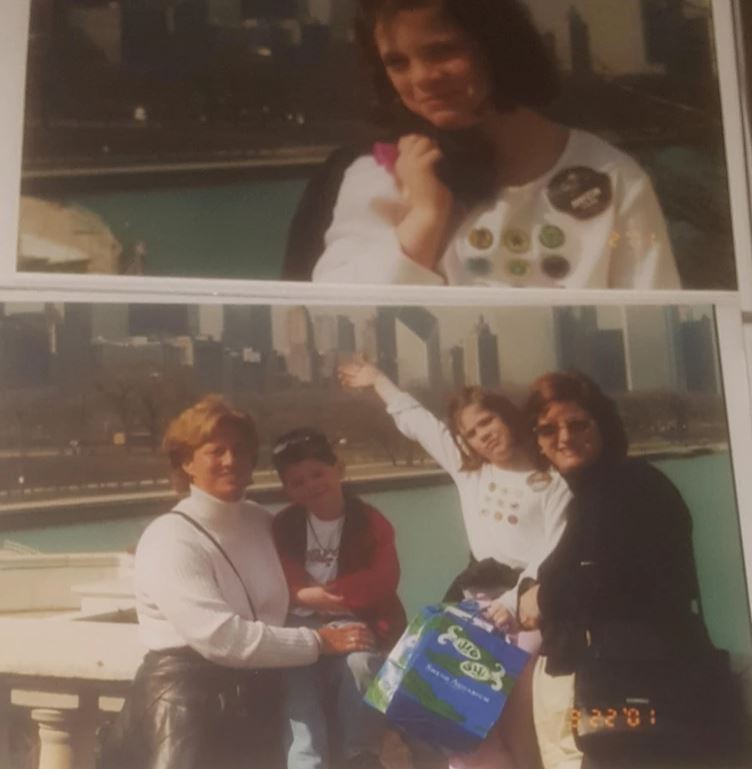 “Her still hugging and holding me, she kinda just went into auto pilot and went back into the elevator with me. She pressed 7 again. The doors closed super briefly and then reopened. The elevator didn’t move at all. Once the door opened, we both saw my grandmother standing in the second door to the left crying. And then very happy, running to hug us.

“Seemingly, I had been missing for 45 minutes. Police were called, every floor had been gone too, they were still in the process of knocking on all doors, opening even locked, vacant rooms.

“Apparently, my mother had decided to once more go and look at the pool to see if I had returned there. Then, after seeing it empty, she took the same, only elevator back up to 7. Only THIS time, out of the multiple other times that day, she found me. And, not only that, we were clearly not in the elevator hiding out. As it was the only one. And the police and staff had gone up and down the elevator multiple times looking for me.

“We still talk about it to this day and can’t explain it. My hair was still wet. The police were kinda pissed until the hotel staff pulled up the camera showing me getting on the elevator, but then never getting off. 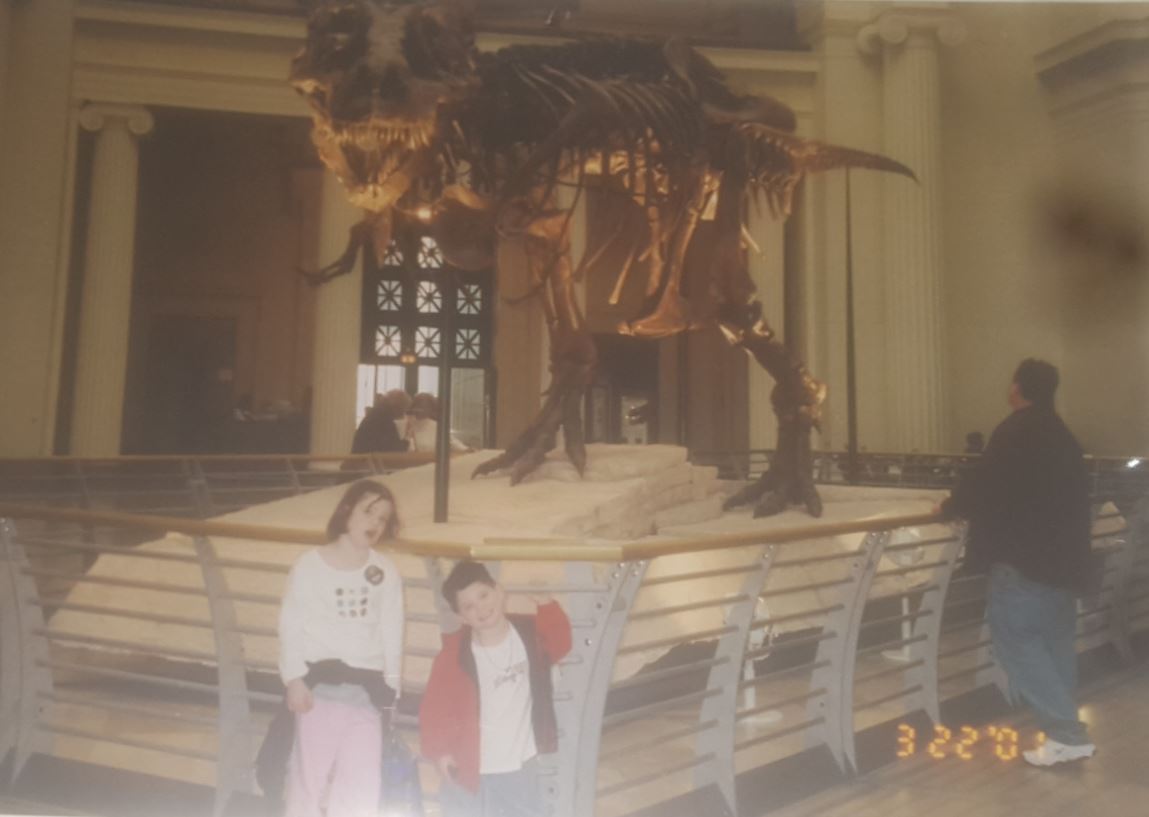 “Then, what was the creepiest, was that when my mother got on from the lobby, you see her get on, then TEN minutes past, and then she gets off at floor 7 with me in her arms. They went through all cameras, on ALL floors, which had very clear angles of the elevator on each floor. NOTHING.

“I swear, the staff was freaked out, as were the police. They were almost convinced someone had taken me and then became freaked out and left me shortly after. The were stumped as to why my hair was still wet. But they couldn’t refute the cameras, as they were high resolution, working correctly and everything.

“I have always wanted to call back and see if they still talk about it years later. I just don’t want to mess with it. Because it’s not like I even see the event as serving a purpose, you know? I have no clue who the woman was, nor was I ever able to identify her.

“Because for the investigation, even after they found me, they locked down the hotel and all possible exits and had a perimeter. Chicago does not fuck around by the way with possible abductions. Every guest in the hotel was more than happy to help. Woman from ages 50 on, all willingly let the police take photos. Not one of them was the woman. This woman had VERY blue eyes, like very.

“The only possible connection I can think of, is that the woman and I had almost Identical eyes. I Have kinda a rare color for how dark my hair is. I don’t know…”

Mind Really Does Affect Matter – Decades of Research Proves It