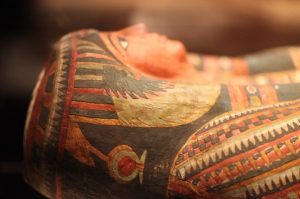 The Egyptian Ministry of Antiquities is about to transport one of the tombs to the new Cairo museum. This mysterious tomb was discovered near the city of Sohag during excavations.

When archaeologists learned about the authorities’ intention to relocate the tomb, they strongly opposed their plans. Archaeologists believe in the curses of the pharaohs, which can bring many troubles to those who violate their peace.

Mustafa Waziri, an employee of the Supreme Council of Antiquities, intends to gather all the rulers of past years in one museum so that tourists can get acquainted with all the artifacts at the same time.

The tomb, which the Egyptian authorities intend to transport, belonged to the influential dignitary Tutu, who lived in the era of Ptolemy. For further transportation, the tomb is currently cut into fragments.

Authorities said that the tomb is currently located in such a place that in any disaster it will be impossible to save it. However, experts do not particularly believe these statements and believe that the authorities are leading an ancient artifact to destruction.