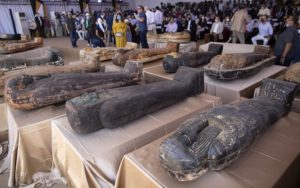 Egyptian archaeologists reported one of the largest finds in recent years: 59 intact sarcophagi with mummies were found in Saqqara. They opened one of them in the presence of many journalists – inside was a mummy, neatly wrapped in burial cloth and decorated with bright hieroglyphic inscriptions.

According to representatives of the Ministry of Antiquities, the age of the remains is more than 2,600 years. They have remained intact since their burial.

They were found next to the famous step pyramid of Djoser, which is the oldest surviving large stone building in the world. It was built by the architect Imhotep in Sakkara for the burial of the Egyptian pharaoh Djoser in ca. 2650 BC e. 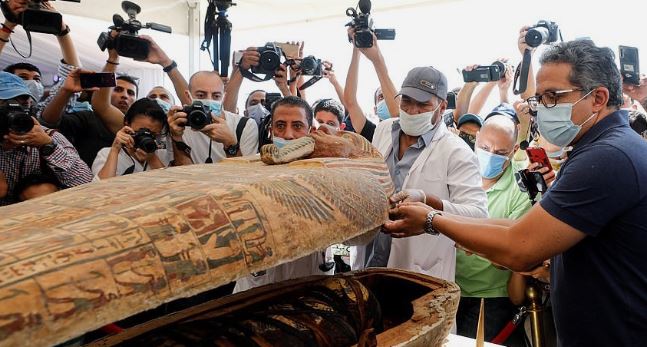 A sealed door was also found where more mummies are expected to lie, said First Minister of Antiquities and Tourism Khaled el-Anani.

This find is already compared with the discovery of the tomb of King Tutankhamun, since both were found almost intact.

Scientists point out that this could be the beginning of a big discovery. Saqqara, the most ancient necropolis of the capital of the Ancient Kingdom – Memphis, can conceal many more secrets.

300 years of mystery: Rare blood-red sky has been seen again in Zhoushan, China