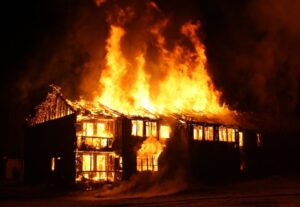 The unusual enigma began in early 2004 forcing the evacuation of the entire town and now the mysterious spontaneous fires in Caronia, specifically the small town of Canneto on the northern coast of Sicily, Italy, have returned with a vengeance.

Despite millions of dollars spent investigating the cause, scientists (including National Research Institute scientists and NASA physicists) remain stymied. 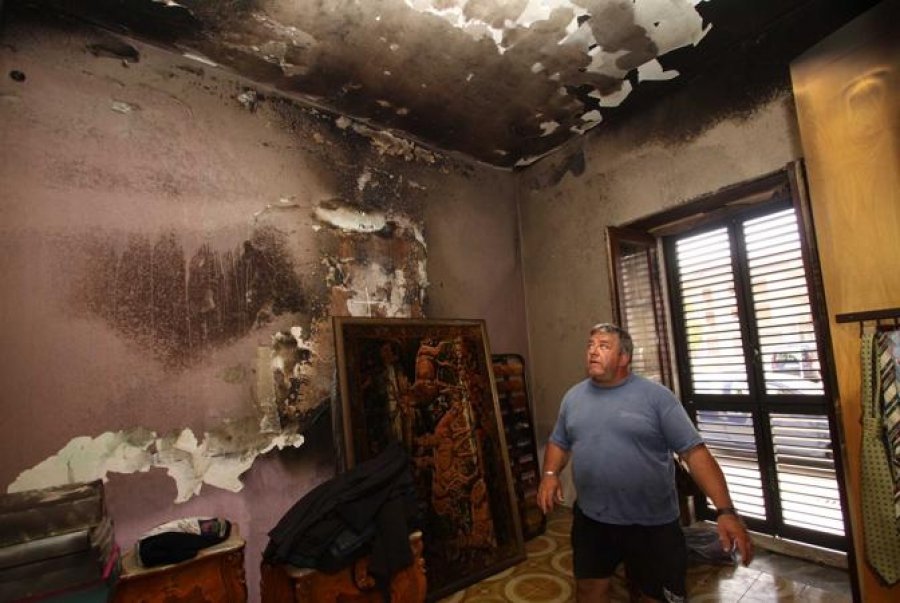 Of course, arson was the initial suspicion but was ruled out when one of the scientists witnessed an unplugged electrical cable spontaneously burst into flames. What is known for fact however, is that mysterious fires spontaneous erupt centered around Canneto di Caronia – and no human hand is the cause.

The mysterious fires began in the tiny village of Canneto di Caronia in January 2004 when a resident reported that the television in their home suddenly caught fire on its own accord.

Within hours, other residents in the area began to report everyday household objects bursting into flames. Mattresses, beds, cars, and devices like refrigerators and mobile phones, even when switched off or unplugged, began spontaneously combusting. 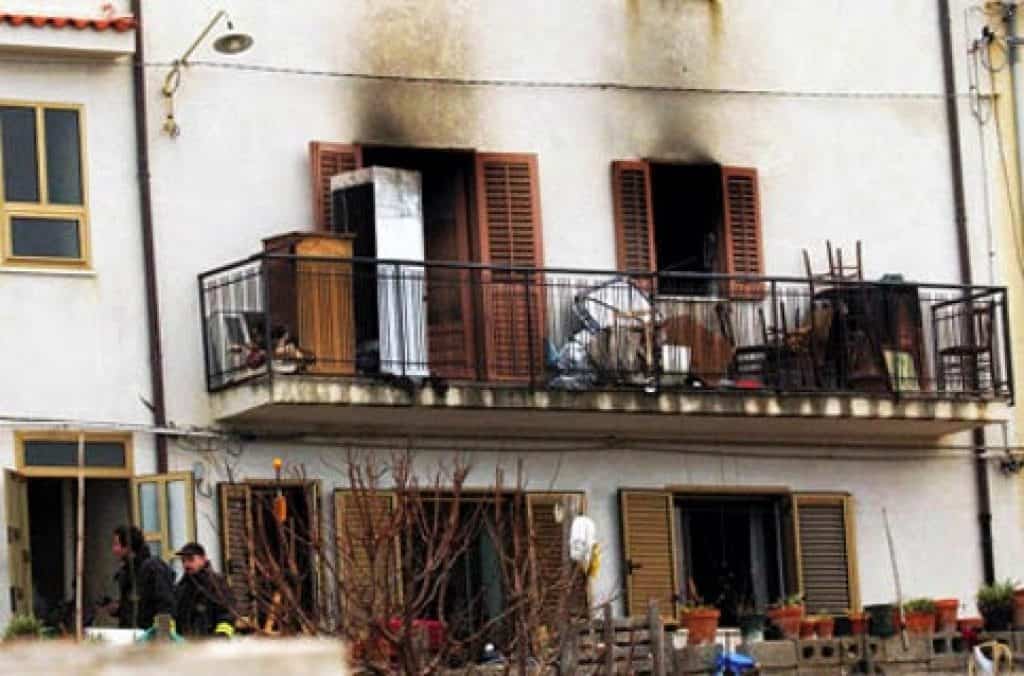 One resident, Gaetano Pezzino, told reporters that his daughter’s wedding presents, photos, clothes, crystal, and linens left piled in one of his rooms, had gone up in flames, causing a fire “that burnt down half the house”. And nobody could understand why.

A multi-disciplinary team of experts including leading scientists, electrical engineers and military analysts, arrived in the village carrying sophisticated instruments to investigate the strange phenomenon.

Gianfranco Allegra, of the Italian Centre for Electro-technical Experimentation, told the newspaper Corriere della Sera that he had watched as “an electrical wire lying on the floor that was not plugged in to the mains inexplicably caught fire”. When he reported the incident to his superiors in Milan, he was told to sober up.

When the fires continued erupting unabated, the power company cut off all power to the city and citizens were ushered to safety. The village mayor, Pedro Spinnato announced:

“This has been going on for three weeks now and there is no explanation for it. We cannot risk a tragedy through these fires, so I have no other option but to evacuate the village.”

Experts from Enel, ARPA, and the three local telephone companies searched for answers while electrostatic and chemistry professors from the University of Messina performed surveys and soil tests on the surrounding land.

A network of cameras, thermal-infrared cameras, and sensors were installed along the coast and around the perimeter of Canneto. Even with the arrival of volcanologists from the National Institute of Geophysics and Volcanology and a team of experts from the Italian Navy, no viable solution was found. With power to the city cut off and residents evacuated, the fires continued to erupt.

“I’ve seen things like this before. Demons occupy a house and appear in electrical goods. Let’s not forget that Satan and his followers have immense powers.”

In 2007, the world cocked an eyebrow when a leaked report revealed that the Civil Protection Department’s (CPD) only plausible explanation was otherworldly forces.

In their report they wrote “the fires were caused by a high power electromagnetic emissions which were not man made and reached a power of between 12 and 15 gigawatts”.

They pointedly reminded everyone that a UFO had recently been sighted near the area prompting suspicions that that the otherworldly object was CPD’s primary suspect. However, that wasn’t their only proposed solution.

“We are also looking at [at one of the fires] which involves the testing of top secret weapons by an unknown power which are also capable of producing an enormous amount of energy.” 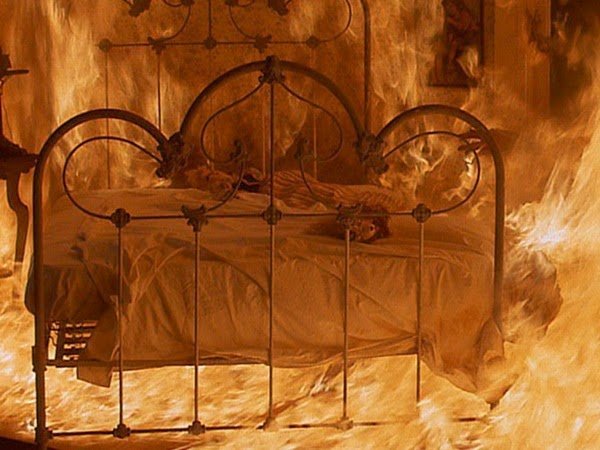 Harris says the military officer told her something was amiss in the waters nearby, that ”spheres of light were coming out of the water and it was pretty terrifying, that I should not involve myself.” According to Harris:

“Houses were self combusting, cell phones would auto recharge, electrical appliances were malfunctioning, even after the power was turned off. People were moved out of the town and cameras were placed everywhere. She says no one was hurt, but people were witnessing balls of light in broad daylight. They began to believe there was an underwater UFO base off of the coast.”

At first, the UFO theory sounded fantastical – until reports surfaced that a Civil Protection helicopter and Hydrographic Institute of the Navy ship had begun scouring the sea with equipment intended to find and identify any artificial devices located underwater that could produce strong electromagnetic waves.

The locals continued to produce their own theories tossing out possibilities such as ghosts, witches, secret U.S. military tests of radiation weapons (a former secret U.S. military base is located in nearby Enna), poltergeists, military or rogue satellite microwave transmitters, even a young teenager with fiery pyrokenetic powers.

A local council member (Vittorio Alfieri) blamed “an entity which moves from house to house” after witnessing an unplugged television burst into flames five times. Residents began to concede that in the end, the cause of the fires would likely remain unexplained.

Other mysterious events in Canneto

While the fires burnt throughout the city, other mysterious events were reported in and around the village. Strangely, the roots of hundreds of plants of the species Ampelodesmos Mauritanicus, a plant commonly called Mauritanian grass, were carbonized up to the top of the root.

The upper part of the plants suffered only superficial burns and other plant species remained completely unharmed.

During the time of the fires, many residents of Canneto reported nighttime and daytime sightings of unidentified flying objects. Witness descriptions of the UFO vary but include spheres of light high in the sky and the classic low-flying disc-shaped objects.

Mysterious fires in Canneto return in 2014

During the period from 2004 through 2008, the Italian government spent millions of dollars investigating the fires and implementing hopeful solutions (the town went so far as replacing all of the village’s wiring and double-grounding circuits).

Residents were eventually allowed to return to their homes and even though unexplained fires continued to occur, the villagers pretty much learned to live with the phenomena. Then at the end of summer 2014, the fires erupted again.

On September 30, 2014, another series of fires were reported throughout the village. A chair caught fire for no apparent reason and another citizen phoned the fire department to report a stack of folded clothes had burst into flames.

One man who had left his car and quickly returned to retrieve something he had forgotten, found his car engulfed in a raging inferno. For the residents of Canneto, the living hell had returned.

After 18 episodes of spontaneous combustions were recorded in 48 hours, the mayor of Canneto ordered residents to once again leave their homes. The picture-perfect town of Canneto had once again spun towards a place of evil, amber, and ash.