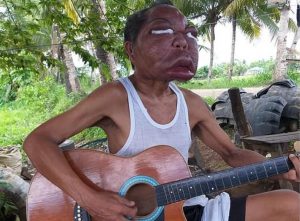 Due to an unusual disease, which doctors have not yet been able to determine, the faces of a Philippine resident have swollen and increased two times, turning it into a caricature of a person.

56-year-old Romulo Pilapil three years ago, began to suffer from severe itching in the eyes, and runny nose. The doctors decided that he had sinusitis – a problem with the sinuses and prescribed medication for him. But they did not help, and moreover, the man’s face began to swell more and more with each passing day.

When Pilapil, in a panic, again ran to the hospital, the doctors only threw up their hands, not knowing what caused this condition. In addition to the eyes, the lower part of the face was very swollen, especially the lips, but the nose almost did not increase. 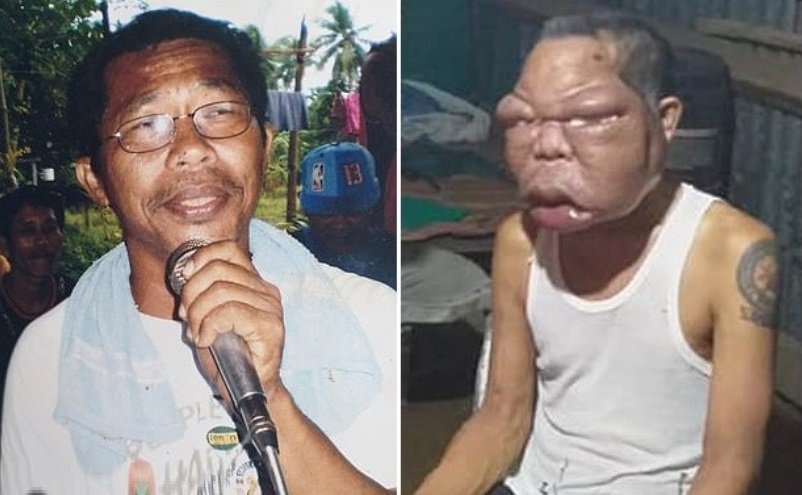 Some of the doctors said that he needed to go to the capital Manila to be treated there, but Pilapil worked as an ordinary carpenter and his salary was barely enough to feed his family with three children; there was no money to travel to the city.

But soon his eyes were so swollen that he was not only unable to work, but in general lost his sight. In order to see at least something, he puts a cotton swab under the swollen eyelids every day.

The last time Pilapil went to a local doctor in 2018, after which he almost gave up hope of recovery. But due to the fact that his story has recently appeared in the media, the Pilapila family dreams that someone will pay for his treatment in Manila.

Robbie Williams song was inspired by his paranormal experiences