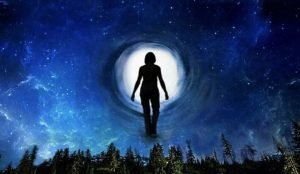 Ever wonder what happens after you die? Dr. Newton has done extensive research in this field including reincarnation research and life between life.

Michael Newton is a certified Master Hypnotherapist. He holds a doctorate in counseling and is a member of the American Counseling Association. In addition, he is founder of the Newton Institute for Life between Lives Hypnotherapy.

So what sets Dr. Newton apart from other researchers in the field of reincarnation? After all, Ian Stevenson set the standard high in his research on past lives. Others like Brian Weiss and Jim Tucker have shown great scientific evidence that reincarnation exists.

Not to be left out is Carol Bowman who has done wonderful research on children who are able to recall past lives. The answer to what makes Newton’s work so unique? Newton took reincarnation studies to a whole new level when he began to study the life after death.

Many people are curious as to what happens to their souls after they die. Through his research, Newton has been able to supply the answer. The journey starts at the moment of death. Although the physical body is dead, what we think of as the soul rises out of the body.

As the soul continues to rise it encounters a brilliant light. The person who is in the process of crossing over often encounters the spirit of a deceased loved one. It doesn’t matter if you are Christian, Jewish or even an atheist.

The process of going through the light is the same. In fact, through his research, Newton found that while in deep hypnotic states with numerous people, the results of what happens after life is the same with all individuals.

Next is an orientation period. This is the time for counseling and debriefing of the life that just ended. Most negative emotions have been left behind in the physical body. However, some negative energy can still linger so counseling allows the release of this energy to let the soul to return to a perfect energy state.

Once this process is completed, the soul is able to return to its soul group. Soul groups can consist of anywhere from three to twenty five people. These are groups of souls in which an individual tends to incarnate with over and over again.

Reuniting is a welcoming time for the soul who’s just returned home. It could be as simple as hugs and laughter or in some cases, festive parties are thrown. Shortly after this, it’s time for the soul to appear before the Council of Elders.

This is not meant to be a judgmental time. It’s more of a review of decisions made in the previous incarnation in order to help plan out the next lifetime in human form. No soul has to be born again.

Most seek to, though, in order to advance spiritually. When ready, the soul will enter the womb of his or her mother to be sometime after the first trimester to prepare for the new lifetime. Hence the cycle starts again.

For those who have a fear of dying, Michael Newton’s research on what happens to the soul after death is not only groundbreaking, but may provide comfort by offering evidence that even though the physical body dies, the energy or the soul of whom that person was, continues to grow and thrive with loved ones on the other side.

Blessing Candles For Spiritual Use