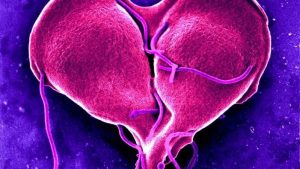 Thirty-seven years ago, Leonard Laskow MD was an obstetrician in California. Then two events happened that changed the course of his destiny.

One was a message he received during a meditation retreat that he was to “heal with love.” The second was his spontaneous healing of a young man whose kidney had been obstructed with cancer.

In his book, Healing With Love (iUniverse, 2008), Laskow shares the healing modality he has worked with and refined over the course of 30 years.

Holoenergetics (wholeness of energy) is based on the understanding that the body is energy; its impetus is to help the body remember the coherence of love; the result of this remembrance is transformational change and healing.

One of the first pioneers to understand that illness is caused by a sense of separation, Laskow defines love as interconnectedness, relatedness and oneness. Unity is a fact in man’s energetic profile because all energy is connected.

However, man’s material and physical self often forgets that this is so. Many believe that love serves as a reminder that everything in the universe is one.

Since love is an impulse towards oneness, it awakens man at the deepest level. According to Laskow, love connects man to a “whole that is greater than the sum of its parts.” Simply remembering this fact can unleash the power of self-healing according to Laskow’s theory.

Laskow believes that a person with cancer can fear and hate his illness or he can resonate with it, accepting it unconditionally. By accepting the enemy, he disarms it. Often, as in the case of the young man who emotionally released the tumor after his healing session with Laskow, the cancer retreated.

Laskow calls the healing power of love “coherence.” It is the highest form of resonance possible, the kind that recognizes the self in the stranger or the enemy. Illness is caused by the perceived separation of self from others. Maintaining this sense of separation consumes a great deal of energy, according to Laskow’s theory.

Once this separation is dissolved, energy is released to do what it is meant to do – keep the body coherent and functioning at an optimum level.

In one experiment, Laskow introduced an intention before a petri dish of cancer cells. He mentally and feelingly told the cells he accepted them unconditionally and then introduced his intention; he asked that they return to the natural harmony of their pre-cancerous growth rate. Within days, their numbers dropped.

Further experiments showed that this embracing of tumor or cancer cells as part of one`s body system can reduce the tumor growth rate by more than 30%.

The basis of coherence is not the intention to kill the cancer cells but to merge with the illness until it recognizes that it too can function synergistically within the body collective.

Introducing the intention that the body be returned to its natural health and harmony at this point engages the participation of the diseased cells.

Laskow compares love to a coherent magnetic field which persuades hydrogen protons to spin in unison with the field. Everything in a coherent loving field vibrates as one.

Recent research shows that the heart produces an electrical field that radiates 12 to 15 feet beyond the body and curves back to the heart in the shape of a torus, a geometrical shape that is holographic, which means it can access not only local but universal information (the part that contains the whole).

Laskow believes that it is through this love radiating from the heart that transformational change occurs; touched by the universal love frequency, individual differences such as anger, isolation, fear and disease are released and the self-healing capacities of the body are stimulated.

In one experiment, Laskow focused loving energy on bacteria with the intention that they be protected from the harmful effects of antibiotics. While “untreated” bacteria would shrivel up and die when exposed to antibiotics, his bacteria, protected by the intention of love, remained unharmed.

Laskow’s holoenergetics provides man with the empowering understanding that he is ultimately the shaper of his destiny; by working with, not against,the “enemy,” he becomes literally the creator of coherence and healing power.