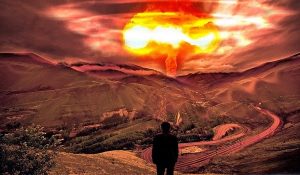 The probability of a world-ending disaster doesn’t seem to have increased in the past 12 months. The symbolic clock maintained by the Atomic Scientists Bulletin since 1947 shows how close the world is to disaster caused by political, environmental and technological threats such as nuclear annihilation and climate change.

Last year the clock was moved to midnight for two minutes-the closest it ever was-and it was decided this year that the position of the hands should remain the same.

However, according to Group CEO Rachel Bronson, this “must not be regarded as a sign of stability. ”

The University of Chicago astrophysicist Robert Rosner described the lack of change as “the disturbing reality in which things don’t get better.”

“The fact that the hands of the Doomsday Clock didn’t move is bad news,” he said.

Global warming, continued nuclear proliferation and’ information warfare’ to’ undermine democracy worldwide’ have all been cited as the main contributors. Some scientists have even referred to the situation as “new abnormal.”