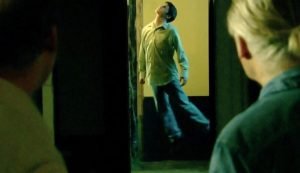 The Don Decker “Rain Man” case sounds like something from an X-Files episode. Yet something inexplicable like the X-Files happened that would forever remain in the memories of the handful of people that bore witness to the events that occurred.

On February 26, 1983, 21-year-old Don Decker was being held in the Monroe County Correctional Facility for receiving stolen property. Due to the death of his grandfather, he was given a weekend furlough to attend the funeral.

Decker attended the funeral of his grandfather, where, upon looking at the old man’s face in the casket, stirred in him dark emotions of anger and hatred. Unknown to everyone, Decker had been physically abused by his grandfather as a child and never told anyone.

What happened a few hours after will become one of the most interesting and dumbfounding poltergeist cases in modern times.

Decker was staying with family friends Bob and Jeannie Kieffer in Stroudsburg PA, when everything started. He was washing in their upstairs bathroom when he suddenly felt strange and fell to the floor. He felt something claw at his arm and saw the visage of an old man laughing with a crown on the head in a window. 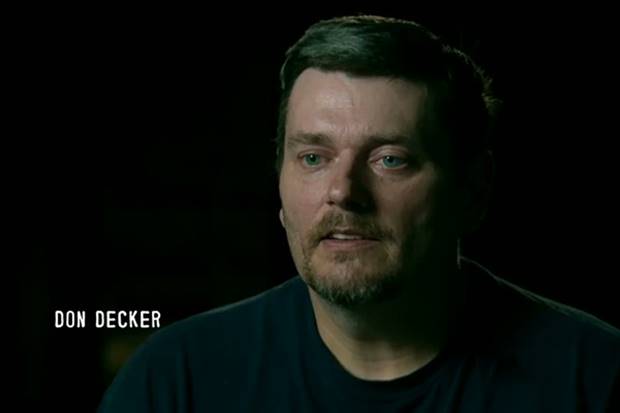 When he went down to sit at the dining table, Bob Kieffer saw scratches on Decker’s arm and asked him about it. Decker told Bob about the events that occurred. Later, while watching television in the living room, Decker suddenly felt strange again and this time, water started to drip from the ceiling.

Bob did not immediately connect the event with the story Decker told but thought it was odd since there were no pipes above the ceiling to be the source. The only pipes in the house were found in the kitchen and bathroom on the other side of the house.

Bob called their landlord Ron Van Why to try to make sense of what was happening. During that time, Decker had begun to recede in a trance-like state. He was staring blankly into space and when he was talked to, looked at the person as if nothing was there.

Van Why and his wife arrived and were startled at what they saw – they knew the house very well and knew leaky pipes could not have caused the water that was now creeping up on the walls and across the floor. Because of this, Van Why and Kieffer called the police to try to help them understand what was happening.

Officers John Baujan and Richard Colbert arrived and entered the house and witnessed water behaving in a matter that defied gravity – water seemed to come from the floor up and traveled horizontally from wall to wall.

Shocked, Colbert suggested that the Kieffers and Decker leave the house until they and the Van Why’s figured it all out. Just as the three left, the dripping water immediately stopped and the walls and floors started to dry. 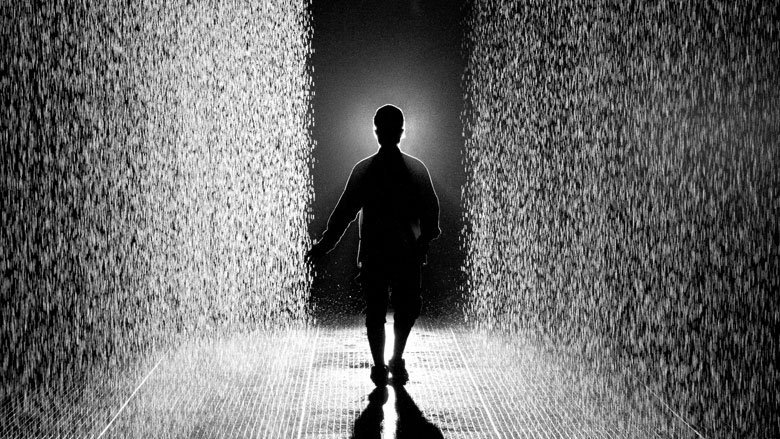 The three went to a pizzeria across the street from the house and just as they sat down at their table water started to drip inside the restaurant. Owner, Pam Scrofano, took out a crucifix from the cash register and placed it on Decker’s hand, who then cried out and dropped it because it was burning his hand.

Scrofano and the Kieffers then knew that Decker was somehow connected to everything that was happening. Realizing that they could not remain in the pizzeria the Kieffers and Decker headed back to their house.

When the three arrived to the house, the mysterious water phenomena started to occur again immediately. Van Why’s wife accused Decker of perpetrating a hoax and just as he was confronted, pots and pans began rattling off.

All of a sudden, Decker began to levitate inches off the floor and was thrown across the room violently. After which, another scratch appeared, this time in the form of a cross on his inner elbow.

The two officers went back to the precinct and reported the occurrence to, then chief-of-police, Gary Roberts. When Roberts visited the house, he was soaked in water but told the officers it was only a plumbing issue and told them not to file a report.

The next day, rejecting the Chief’s orders, the two officers and two others – Officer William Davies and John Bundle visited the house. When Davies handed Decker a gold crucifix, Decker dropped it, levitated off the ground and was thrown across the room as if he was hit by a truck.

The Kieffers tried to call priests and pastors to perform an exorcism on Decker but only a local Evangelical preacher came named Justina Hall. She entered the house and started praying – after an hour, the water stopped and Decker went back to his normal self.

News of the strange events reached the Monroe County Correctional Facility and when Decker returned to jail he was placed in a maximum-security cell. Officers again reported water dripping on the walls and flying mid air. One officer jokingly dared Decker to soak the room of a lieutenant.

While Lt. Dave Keenhold was doing some paperwork, a few officers came into his office and told him his shirt was drenched. When he looked at himself, he saw that he was indeed soaked in a fluid that was unlike water but had a silicone-like material. Keenhold then called a local clergy named William Blackburn who came immediately after the frantic call.

Blackburn entered Decker’s cell and confronted him – with several officers and witnesses in presence, a sudden foul odor began to fill the air. The smell was so terrible that they likened it to the smell of death. Decker rubbed his fingers together and a mist appeared, soaking everyone who was present.

Blackburn began to pray with Decker, and after a few hours, the water disappeared and Decker appeared to subside into a peaceful relaxed state. The “rain” was never seen again.

Skeptics have their own scientific theories, such as ice damming, for possible explanations of the water dripping from different parts of the house and at the jail. As for the witnesses, to this very day, they believe what happened to Decker was a demonic possession – the officers believed it wasn’t Decker they were talking to – but the devil himself.