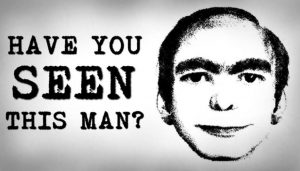 In January 2006 in New York, the patient of a well-known psychiatrist draws the face of a man that has been repeatedly appearing in her dreams. In more than one occasion that man has given her advice on her private life. The woman swears she has never met the man in her life.

That portrait lies forgotten on the psychiatrist’s desk for a few days until one day another patient recognizes that face and says that the man has often visited him in his dreams. He also claims he has never seen that man in his waking life.

The psychiatrist decides to send the portrait to some of his colleagues that have patients with recurrent dreams. Within a few months, four patients recognize the man as a frequent presence in their own dreams. All the patients refer to him as THIS MAN.

From January 2006 until today, at least 2000 people have claimed they have seen this man in their dreams, in many cities all over the world: Los Angeles, Berlin, Sao Paulo, Tehran, Beijing, Rome, Barcelona, Stockholm, Paris, New Dehli, Moskow etc.

At the moment there is no ascertained relation or common trait among the people that have dreamed of seeing this man. Moreover, no living man has ever been recognized as resembling the man of the portrait by the people who have seen this man in their dreams.

Several theories have been developed to explain the mysteriously recurring presence of this man in the dreams of different people who are not related in any way. The following theories are the ones that elicit the greatest interest among the dreamers themselves.

According to Jung’s psychoanalytic theory, this man is an archetypal image belonging to the collective unconscious that can surface in times of hardship (emotional development, dramatic changes in our lives, stressful circumstances etc.) in particularly sensitive subjects.

According to this theory this man is the image of the Creator, that is to say one of the forms in which God manifests himself today. This is the reason why his indications and the words he utters during the dreams should be decidedly followed by the dreamers.

It is the most interesting theory and the one that has the greatest implications, but it has also the lowest scientific credibility. According to this theory this man is a real person, who can enter people’s dreams by means of specific psychological skills. Some believe that in real life this man looks like the man in the dreams. Others think that the man in the dreams looks completely different from his real life counterpart. Some people seem to believe that behind this man there is a mental conditioning plan developed by a major corporation.

This is a scientific psycho-sociological theory which claims that this phenomenon has arisen casually and has progressively developed by imitation. Basically when people are exposed to this phenomenon they become so deeply impressed that they start seeing this man in their dreams.

This theory states that the apparitions of this man are purely casual. Normally we do not remember precisely the faces we see in our dreams. The image of this man would thus be an instrument which, in the subject’s waking life, facilitates recognition of an undefined oneirical image.

So, does This Man Come in Your Dreams?