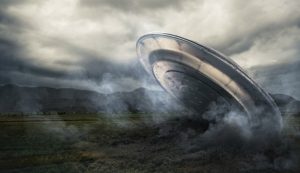 Are there real UFO files? Is the government keeping information on UFOs and aliens a secret? Why is there a UFO conspiracy and cover up?

In a time where many other countries have gone public with their UFO files, the United States government continues to keep their information under wraps. The question of why needs to be asked and when will disclosure finally take place.

Senator Daniel K. Inouye is a well-respected senator for Hawaii. According to him, “There exists a shadowy government with it’s own Navy, it’s own fundraising mechanism, and the ability to pursue its own ideas of the national interest, free from all checks and balances, and free from the law itself.”

Over the years, many secret studies have been conducted by the military and government. Back in 1950, a top secret Canadian document was written by Wilber B. Smith, a senior radio engineer who worked with the Canadian Department of Transport.

In this document he wrote about a secret U.S. organization that was studying UFOs, including their technology, and how this information was even more secret than the development of the H-bomb.

One of the earliest secret organizations that was formed to study UFOs was that of the Interplanetary Phenomena Research Unit, organized in 1943 by general Douglas MacArthur.

According to U. S. Army Sergeant Clifford Stone, there have been different UFO investigative groups throughout the years including Project Bluebook, Operation Blue Fly, and Project Moon Dust.

Although the Air Force and government claim there is not enough evidence to support the reality of UFOs, people like Lt. Colonel Charles Brown disagree.

He worked on Project Grudge and found there to be absolute evidence that UFOs exist. This evidence is collaborated by both ground and air radar.

Why is There a Government Cover Up of UFOs?

According to many former government and military employees, national security is one of the reasons for the alleged cover up. Imagine retrieving an advanced alien spacecraft and not wanting that technology to get in the hands of other nations. Fear is another reason for the secrecy.

Although these days, most people are open to the notion of life on other planets, there was a time where people would have reacted out of fear at the possibility of an alien life form on the planet.

According to Dr. Steven Greer, author of Disclosure, to make matters worse, the government has purposely put out a lot of false information about UFOs and extraterrestrial life in order to try to keep people fearful of them.

Will There Ever be UFO Disclosure?

Many people previously involved in UFO research feel that disclosure is coming. Senator Barry Goldwater previously remarked that keeping information about extraterrestrial life has been a mistake.

Presidents like Jimmy Carter and Gerald Ford wanted to get the truth out there, but, their hands were tied.

With increasing public awareness and acceptance, it is hopefully only a short matter of time before the public can know the truth about UFOs and aliens.